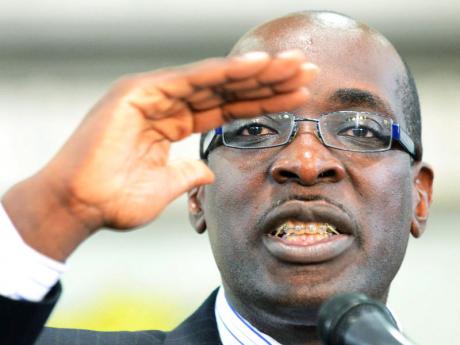 ARGUING THAT too many Jamaicans are having children for whom they are incapable of providing support, Ruel Reid, an opposition senator, says it may be necessary to restrict the number of children people can have.

"China has a one-child policy, and many years ago, we were encouraging all of us as Jamaicans that two is better than too many. I am not opposed to a mandatory policy for no more than two children for any male or female for the next 10 years until we resolve our socio-economic problems," Reid said.

The senator, who was making his contribution to the State of the Nation debate in Gordon House, said Jamaica could not continue in a situation where parents are having children and are unable to support them.

He argued that the dysfunctional aspect of Jamaica's society was manifested in antisocial behaviour, such as crime and violence.

He pointed to the fact that approximately 50 per cent of Jamaican children are on the State's poor-relief initiative, the Programme of Advancement Through Health and Education, and argued that if Jamaica is to develop, policymakers must seek to create the environment where survival is not dependent on welfare.