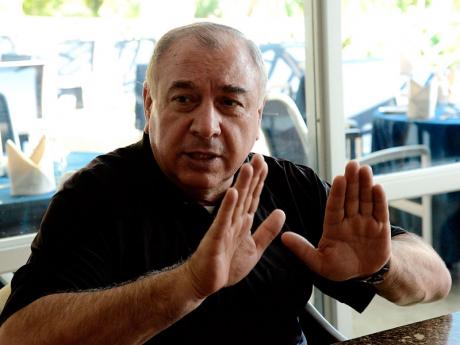 The Israeli government has committed extensive assistance to Jamaica in helping to forge a path to the planned logistics hub that represents one of the Government's primary hopes of stimulating economic recovery.

Ambassador-designate of Israel to Jamaica, Bahij Mansour, told The Sunday Gleaner that the vast expertise and experience of world-renowned ZIM Integrated Shipping Services, with its extensive network, will be brought to bear on the preparation and construction of the hub.

According to Mansour, Jamaicans will be invited to Israel to be trained while the hub is being constructed.

"As we look at how we can deepen the cooperation between the two countries, our government will be hosting Jamaicans to get some experience from Israel. I have high hope for this," said Mansour.

To this end, Mansour said he has met with Agriculture Minister Roger Clarke, as well as Minister of Industry, Investment and Commerce Anthony Hylton; Minister of Youth and Culture Lisa Hanna, and Education Minister Ronald Thwaites.

"I met with them (last) week and offered them a lot of avenues on how to go forward in the fields of agriculture, trade and energy," said Mansour. "Cooperation is supposed to be two sides and we are offering much of the potential that we have."

Mansour said he spoke with Hylton only minutes before he spoke with The Sunday Gleaner. He said part of the discussions involved the planned inclusion of ZIM being a major part of the logistics hub and centre.

"ZIM will be part of this project because of its experience. They have been working on projects like these for many years," added Mansour of the company which was once public owned but has been divested in private hands.

Hylton has said that the development of Jamaica into a global logistics hub will prove a massive boost for micro, small and medium-sized enterprises that wish to invest in, or grow their existing operations on the island.

The industry minister said the Government is seeking the support of its international development partners to develop the hub.

Mansour said the Israeli government has given a firm commitment to continue to support ZIM in the building of the hub and support the Jamaican Government.

He added that ZIM, a company that has covered all major international trade routes and complemented by an extensive array of regional shipping lines connected by 10 major hubs, will turn its attention to Jamaica after it is done with the expansion of the Panama hub.

As a first step, Mansour said ZIM will carry out extensive work in Jamaica in preparation for the hub, with containers from across the globe stopping over in Jamaica, from which distribution will be done.

In agriculture and energy, Mansour declared that there are companies with the expertise that will be promoting new development in areas such as greenhouses for irrigation and energy. "I hope that clean energy will be one of the policies in the future of the Government of Jamaica," he said.

Despite limited natural resources, intensive development of the agricultural and industrial sectors over the past decades has made Israel largely self-sufficient in food production.

Israel, a leading country in the development of solar energy, is also a global leader in water conservation and geothermal energy and its development of cutting-edge technologies in software, communications and the life sciences.

The country has embraced solar energy as its engineers are on the cutting edge of solar energy technology, and its solar companies work on projects around the world.

Over 90 per cent of Israeli homes use solar energy for hot water, the highest per capita in the world.