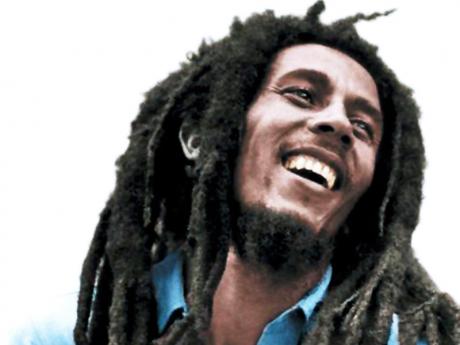 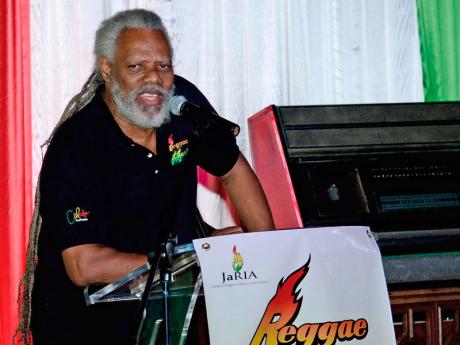 "People, there are those who say reggae is an inspirational force. I support it. There is something that I personally call, in the creative arts, the invisible consciousness. It is the thing that drives us as artistes.Whether it is contrived or not, it has to come from your gut," said Ibo Cooper, who was the lecturer at the JaRIA (Jamaica Reggae Industry Association) Open University on Thursday, Bob Marley's birthday. Thus, the theme for the session was Bob Marley.

The text for the session was Marley, a film by Kevin McDonald, released first in Jamaica and then to the rest of the world sometime ago.

The philosophical statement of the former Third World band member was given in response to a question posed by a 'student' after the film was shown. The answer he wanted to hear was whether Marley was more than just a musical messenger. Cooper believed that he was more. With reference to the Smile Jamaica Concert, seen on the film, he related a compelling behind-the-scene scenario.

After gunmen invaded Marley's Hope Road home, the Wailers band was afraid to perform at the concert. So, according to Cooper, for the first six songs performed by Marley on stage that night, he was backed by the Third World Band. Usually, there would be a list of his songs and the order they would be performed, but on that occasion there was none.

"Bob Marley came on stage and started to sing the song dem in an order that cause me to ah freak out. Him just start to sing and call the next tune like him ah tell a story from chapter to chapter, and everything was so logical. (I would like to find the tape of the whole thing). Ah whole story was told that night."

The chairman of JaRIA concluded that Bob Marley was an example of someone driven by that invisible consciousness. This quality of Marley was also highlighted in the film when he performed at Zimbabwe's first Independence Day concert.

In a class comprised of students who were of Bob Marley's era and post Marley, those who were influenced by him and those who did not like him, prior to watching the film, the comments and questions varied in themes.

Some focused on Marley's Rastafarian faith, his polygamous life, his role as philanderer and that perhaps his death was as a result of conspiracy, as well as a comparative analysis of reggae and dancehall artistes, and the seemingly lack of information on Jamaica's music history in schools. To questions and remarks, the knowledgeable and well-informed Cooper was able to give thought-evoking responses to each.

No doubt, as the film revealed, Marley's path to success was plagued with difficulties. But in a film with so many revelations, another was that Bob's songs were mainly inspired by his experiences with people and situations. His song, Small Axe, was his response to the formation of the record company Big Tree, while The Stone that the Builder Refuse was in response to him being turned away by a relative.

But Marley, should not only be seen as the life and work and philosophies of Bob Marley. It is also an illustration of the journey and creation of reggae music, the history of Jamaica's music industry.

'Open University' is one of the numerous activities being used to celebrate Reggae Month. The 'classes' are held at the Ranny Williams Centre on Hope Road, Tuesdays and Thursdays. Last Thursday also marked the birthday of musical icons Derrick Harriot and the late Bunny Rugs of the Third World Band.