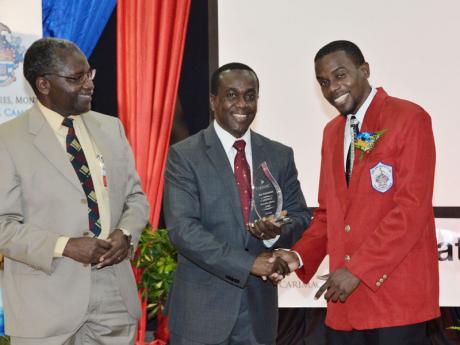 MINISTER OF State in the Ministry of Industry, Investment and Commerce Sharon Ffolkes-Abrahams has said for Jamaica's animation industry to grow, the country needs at least 10 studios with production capacity of a minimum of 50 professionals in each.

The state minister was addressing the first cohort of the Caribbean Institute of Media and Communication (CARIMAC) Animate Jamaica certificate programme graduates, at the University of the West Indies Western Jamaica Campus, on Wednesday night.

Estimating that the global animation outsourcing industry was at US$68 billion and growing at an annual compounded rate of approximately 12.5 per cent, Ffolkes-Abrahams said for the industry to grow, it now needs a friendlier regulatory framework, the necessary investments and educational and training programmes to meet the necessary workforce demand.

The graduates, who stood at attention listening to Ffolkes-Abrahams, were 13 males and one female, a 24-year-old Bachelor of Science graduate, Ashley Anguin. The batch also included a youngster who was diagnosed with autism, Martin Thomas.

"This will help to shake up aspects of Jamaica and take us to another place," said an optimistic CARIMAC director, Professor Hopeton Dunn, pointing out that the university could not have embarked on this brand-new discipline - "the embryo of a brand-new industry" - without the private sector partnership with Reel Rock GSW, the World Bank, and Canada's ToonBoom, which provided access to the software.

According to the CARIMAC director, the university was trying to build new creative and cultural industries, and animation was an integral part of the mix. CARIMAC has plans to offer a degree programme in the discipline.

"We are at a stage where we are renewing another round of training for 50 additional students who will commence in March," said Professor Dunn.

In the meantime, GSW's Wayne Sinclair confirmed that he was expanding his operations by establishing separately managed satellite facilities to train up to 240 new animators over the next year.