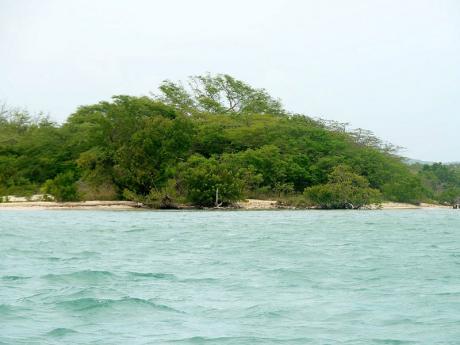 Dr Lloyd Cole points to a section of Jackson Bay on a map. Cole has long lobbied for a trans-shipment hub there.-Norman Grindley/Chief Photographer 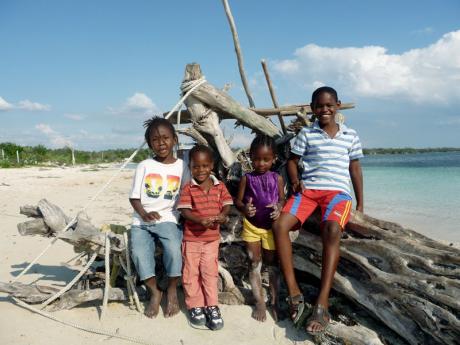 Children pose on a tree trunk in Little Bay, Westmoreland.-FILE
1
2
3

As the 'economy vs environment' debate raged over the proposed US$1.5b logistics hub proposed to be built at Goat Islands, Smith Warner International Ltd had a unique opportunity to explore site options for the project in the form of four Master of Engineering students from the Technical University of Delft in Holland.

They carried out a coastal engineering project under our instruction and guidance with the objective to 'develop site options for a trans-shipment port and logistics hub in Jamaica'. The research was carried out independently, without influence from any client. This article presents the findings of that research.

Appropriate site conditions for port operation must be specified. First, the site must be sheltered to minimise operational downtime and to avoid damage during a hurricane. Sheltering could be provided naturally within a harbour, or by breakwater structures.

Second, a deep-approach channel for ships is required. For larger vessels traversing the improved Panama Canal, a minimum water depth of 18m is needed.

In a logistics hub, the trans-shipment of goods takes place by using the interconnection of adjacent services, and the efficient provision of these is a key ingredient to the hub's success. Human resources should be close by, to maximise socio-economic benefits. Multiple modes of transportation (railways, highways and airports) must all be near the port to facilitate the movement of goods and services. Available land space must meet current and future expansion demands, though land can be reclaimed using dredged material.

Finally, project viability is directly linked to environmental sustainability and potential impacts on the environment must be considered.

The entire coast of Jamaica was evaluated. Four sites were shortlisted for more detailed analysis: 1. Little Bay (just west of Savanna-la-Mar); 2. Maccary Bay, Clarendon; 3. Jackson Bay, Clarendon; and 4. Goat Islands, St Catherine. Kingston Harbour was omitted, since potential areas (e.g. Hunts Bay or west of Fort Augusta) either don't have enough land area or could have problems such as flooding and sedimentation from the Rio Cobre and Sandy Gully.

For each shortlisted site, a conceptual plan for the port was developed. A land area of 3,000 acres (12 sq km) was adopted with appropriate designations for the port area and the rest of the logistic hub.

This area is 10km west of Savanna-la-Mar. The area is relatively flat and unpopulated. More than 10km2 of mostly uninhabited land exists and, as such, no major reclamation would be required.

This area is 4km south of the Vernamfield aerodrome. It is a large expanse of mostly unoccupied land. The area is relatively flat and is high above sea level. There is also expansion potential, with unoccupied lands nearby. The disadvantage of this site, however, is that a 12km-long approach channel is needed to reach deep water.

Jackson Bay is a low-lying area, south of Portland Cottage, with wetlands and limestone caves nearby. It is regularly flooded, even in mild storms, and is mostly uninhabited as a result. Major reclamation efforts would be required to create usable land, and this would need large and expensive breakwaters to provide protection from hurricanes.

The environmental issues associated with this area have been widely discussed in the media and among stakeholders. The area is well sheltered and is, therefore, a prime area for port development, although having been damaged by hurricanes such as Ivan, it is known that the area is not immune to storms.

However, by taking advantage of physical site conditions, no breakwaters would be needed for a port development here. The islands are also relatively close to the 18m water depth, and a dredged channel would not be very long. The area could be developed in different ways, so that any options considered could include development on the Goat Islands and the mainland, with a connecting causeway. If the development were partially on the mainland, there would be greater scope for expansion and connectivity with railways, highways and neighbouring communities.

The primary disadvantage with this site is that it is within the Portland Bight Protected Area and is home to a fish sanctuary, mangroves and wetlands. Impacts would have to be predicted and managed.

How do these sites stack up against each other? To help answer that question, a multi-criteria analysis was done to better evaluate the options. The results are shown in the table at the bottom of page.

Little Bay has the lowest cost of development but scores poorly on connectivity and proximity to main urban centres. It is, therefore, good for a port but not good for a logistics hub.

Maccary Bay is a good logistics hub candidate, as it is close to a potential major airport, and is relatively close to main urban areas. It also has potential for future expansion. The required long approach channel is, however, a problem. This has both environmental and economic consequences for construction and operation, unless the dredged material can be reused.

Jackson Bay would require the highest capital for development. The large breakwaters needed for sheltering are the major cost contributor. This site would be more suitable for a smaller port development.

Goat Islands score best for proximity to main urban areas and for connectivity to inland transportation. These are both essential to maximising efficiencies of the logistics hub and extracting the highest socio-economic benefits. With the right configuration, no large breakwaters would be required and direct impacts on the fish sanctuary and wetlands could be reduced. The major disadvantage to this site is the potential to do the most damage to the natural environment, both during construction and operation.

An important note is that the scores have not been totalled, since the criteria used do not carry equal levels of importance. Some weighting must, therefore, be applied to these scores, and the weighting may vary depending on the assessor. What is important is that in establishing the relative weighting, the interests of all key stakeholders be incorporated.

This analysis is not intended to promote or demote any particular site but rather to illustrate that a structured approach to project development is essential. We hope it provides a basis for more informed discussion on the subject, as there is much more work to be done.