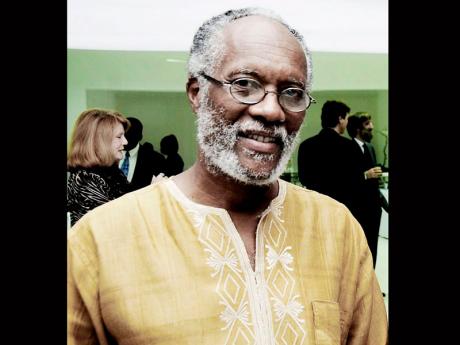 Herbie Miller is the Institute of Jamaica's musical director, and curator for the Jamaica Music Museum. Indeed, he is in a unique position, but not surprisingly, as, indeed, Herbie Miller is one of those unique and rare individuals, whose clout and understanding of the world of music embraces this world, its people and the ever-unfolding history of mankind!

It has been said of Herbie Miller that he is a renaissance man, and little wonder here as whilst most of his contemporaries and would-be successors major in the minor, Miller is more at ease with the more seemingly complex issues that form the crux of man's interaction with his surroundings, his inner self and the relationships man has built to coexist in the ever-changing world, socially, and ecologically. He is also more at home framing the dialogue he sees as being integral to succeeding generations of Jamaicans, and people the world over, to understanding who we are, from whence we came, and the circumstances that brought us here.

In this respect, Herbie Miller is on a crusade to propagate the understanding that unless we as Jamaicans record our own history, others will do it for us. And when they do, as is now the case with the African continent, where the history of Africa does not reflect the natural history and or experience of that continent, but of others, based on their perspective and or political will.

It is in this vein that Miller has spearheaded what is being called a timely intervention, with a cultural series hosted by the Institute of Jamaica dubbed Grounation - A series of interactive presentations that track and expound on the various factors that come to bear on Jamaica's emerging cultural music identity and its relationship to all aspects of the Jamaican experience!

As Jamaica celebrates February as Reggae History Month, today Outlook shares 10 things not known about a man described not only as a world citizen, but one who is most certainly a world-traveller, raconteur, and musical entrepreneur, who has played a crucial and pivotal role in the Jamaican music industry - the illustrious Herbie Miller.

Herbert 'Herbie' Miller is the first director/curator of the Jamaica
Music Museum, Institute of Jamaica, where he plays a vital role in
establishing and shaping what he hopes will become a major cultural
institution. During his early years, he managed Peter Tosh - throughout
the pinnacle of his career - when he recorded Legalise It, Equal Rights, Bush Doctor, Mystic Man, Wanted Dread and Alive,
and when he toured extensively across the world, including his tour
with Rolling Stones. Herbie has written and published just more than 20
songs. He produced Big Youth Singing Ten, which was released on the CD album, A Luta Continua. Two of those songs have been used in Hollywood movies. Feel It was featured in Jonathan Demme's film Something Wild, and Survival Plan was used by Demme in the film The Manchurian Candidate, starring Denzel Washington and Meryl Streep.

1.
He loves music in general, including ethnic music from around the world
such as Indian, Japanese, Chinese, African, Brazilian, Afro-Cuban and
so on, but pays most attention to ska, reggae and other Jamaican forms.
Jazz, however, is his music of choice.

2. He loves to cook and
entertain small groups of friends, who think his cooking, presentation,
choice of music and decor (freshly cut flowers that he artfully
arranges) are worth experiencing over and over again.

3. He
conceived and produced Youth Consciousness concerts in 1980, as a way to
inspire peace during a period of political unrest in Jamaica. The
concerts were held at Jamaica House grounds and Hellshire Beach,
featuring Peter Tosh, Linton Kwesi Johnson and others.

4. He opened the Blue Monk Jazz Gallery with Monty Alexander in 1983, bringing him back by popular demand a few months after.

5.
He is an authority on jazz, ska and other forms of popular Jamaican
music, and has published essays for books, journals, magazines and
newspapers, at home and internationally on these subjects.

6. He loves fine cars, but hates to drive.

7.
His favourite city is New York City, with its myriad of cultural
possibilities. He believes that its energy, ethnic diversity, concert
halls, jazz clubs, museums and galleries, and restaurants make it the
capital of the world.

8. He was introduced to music from an early
age by his father, who played all kinds of records at home. He also grew
up near enough to Bournemouth Club, so he heard many famous bands
there, even when he couldn't go in.

9. As a child, he admired
Donald 'Dan Dan' Phillips, who seemed to know everything and cared much
about world affairs, the two wars, what was happening in Africa, sports,
culture, math, how to behave with dignity and pride. He taught Herbie
how to appreciate the beauty in the folk as well as the classics.

10.
He is a devoted and eclectic collector of Jamaican art and other
artists from the black diaspora, including African contemporary and
traditional art; African-American art; books, including the first
editions by and about black people.