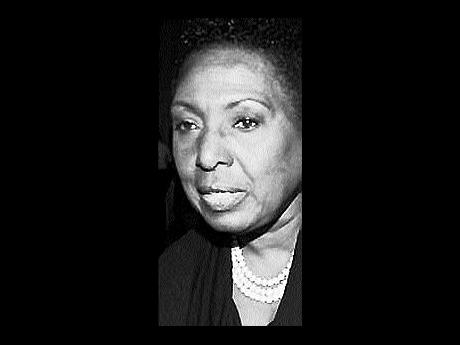 Central St Catherine Member of Parliament Olivia 'Babsy' Grange says she is not comfortable, as the anti-gang legislation does not capture the disturbing reality that in Jamaica, women and children are increasingly being targeted by gunmen.

"The recent developments in east Kingston and Mountain View are ghastly reminders of what happens when we fail to ensure that anti-crime legislation makes special provisions for the protection of the most vulnerable, including women, children and the elderly," Grange argued, during her contribution to the debate on the proposed new law.

Adding that the beheading of a woman in Mountain View stemmed from domestic violence, Grange said even though she was threatened and reports were made to the police, nothing was done to protect her.

The opposition member of parliament asked National Security Minister Peter Bunting if the Government had given consideration to a resolution moved by opposition Senator Kamina Johnson Smith in 2013, which highlighted the plight of women, children, the elderly and disabled in these situations.

In that motion, Johnson Smith pushed for an amendment to the Child Care and Protection Act, the Offences Against the Person Act and the Sexual Offences Act to deal with acts of violence against women, children and the disabled. The resolution was passed by the Senate.

"The rape of women and children has been growing steadily over the last several years," Grange pointed out. "Statistics show that the cases of sexual abuse have increased rapidly since 2007, moving from 121 cases in that year to 2,671 reported cases in 2011," she added.

The Criminal Justice (Suppression of Criminal Organisations) Act 2014, commonly reffered to as the anti-gang bill, was passed by the House of Representatives with 22 amendments. The bill will be debated tomorrow in the Senate.