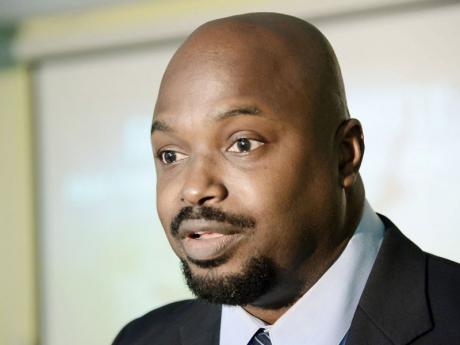 WHILE JAMAICA nears the end of its 106-year wait for a new legal building code, there is still work to be done to ensure it succeeds in boosting the island's earthquake readiness.

"It is not just to have the code in place and the bill being passed into law, it is to ensure that the other elements are in place," said acting director general of the Office of Disaster Preparedness and Emergency Management (ODPEM) Richard Thompson.

Those elements, he said, include enforcement.

Therefore, he said the authorities - including parish councils and the National Environment and Planning Agency - must ensure that there is adequate manpower to effectively assess and follow up on building applications and permits once granted.

"Outside of the fact that we need persons of high integrity as officers of the state, you also need numbers to do effective enforcement," Thompson noted.

To realise efficiency in this, he said current resource constraints would have to be overcome.

Thompson's comments follow the Government's promise to have the new Building Act, now a bill, become law by the end of March this year. Once passed, it will herald the new building code.

In addition to training for enforcement officers - some of which has been ongoing - the ODPEM boss said public education would be critical.

Up to 70 per cent of Jamaica's buildings are currently categorised as informal, having been designed or built without professional inputs such as from trained engineers or architects.

As such, the island remains at risk of severe and expensive property damage and/or loss associated with earthquakes.

Kingston, for example, "rests precariously at the western terminus of the Enriquillo Plantain Garden Fault (EPGF) - the same fault that ruptured during the 12 January 2010 Haiti earthquake", according to the April 2011 research paper titled Assessing Geohazards Near Kingston, Jamaica: Initial results from chirp profiling.

The paper was written by Dr Lyndon Brown, a geophysicist and former head of the Earthquake Unit, together with researchers from the University of Texas.

The Haiti quake - with a magnitude of 7.0 - devastated the French-speaking island, killing thousands and leaving billions of dollars in damage.

The A Socio-economic Impact Assessment of the 1907-Type Earthquake on the Jamaican Economy report of researchers Rafi Ahmad and Maurice Mason provides further insight into the potential loss.

That report, which provided data on the 1993 magnitude 5.4 quake in Jamaica, said that event left two people dead, destroyed 518 homes, and cost the Government $1.2 million which "was distributed among the needy and temporary housing was provided".

A hundred schools reported damage, as did the Jamaica Public Service Company (to the tune of $4.65 million). The island's telecommunication network and roads also suffered damage.

"People react more when they have experienced something, and, even though we weren't in Haiti, we saw the images. People were benevolent and they responded to the suffering of our Haitian brothers and sisters. So it came home to people," he said.