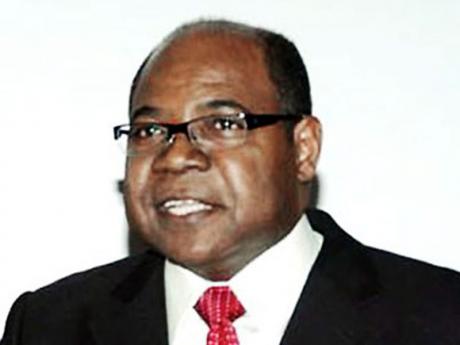 THE USUAL bi-partisan posture of Parliament's Public Administration and Appropria-tions Committee (PAAC) of Parliament was strenuously tested on Wednesday as members of the expenditure oversight body locked horns over a request by the Jamaica Environ-ment Trust (JET) to appear before the committee to discuss the proposed Goat Islands development.

The PAAC had ventured into uncharted waters as it was the first time a non-governmental body had written to the committee asking to be heard on a matter considered to be of national importance.

In its letter to PAAC Chairman Edmund Bartlett, JET said it has repeatedly called for public consultation and requested specific information from government agencies without success.

JET wants the committee to summon a number of stakeholders, including the Ministry of Transport, Works and Housing; the Port Authority; the National Environment and Planning Agency; the Caribbean Coastal Area Management Foundation; and fishing and other interests in Old Harbour Bay.

Bartlett had suggested to the committee that he would accede to the request of the environment group.

However, committee member Andre Hylton wanted the committee to defer its decision on JET's appearance until next week. "I am humbly suggesting that we inform ourselves on this matter and discuss it further before we make that decision, defer it to the next meeting because this just came up today (Wednesday) ... it is a precedent that we are setting.

Mikael Phillips questioned whether JET's request should be directed to the Infrastructure and Physical Development Committee of Parliament and not the PAAC.

In its letter, JET addressed Bartlett both as chairman of the PAAC and chairman of the Infrastructure and Physical Development Committee, a desig-nation which did not escape Phillips.

However, committee members Audley Shaw and Mike Henry both insisted that JET's request could not be denied.

Moreover, Henry asked that the committee invite stakeholders to address questions that he had about the development of the Goat Islands.

Bartlett gave the nod to JET, but the committee is expected to discuss the timing of its appearance.