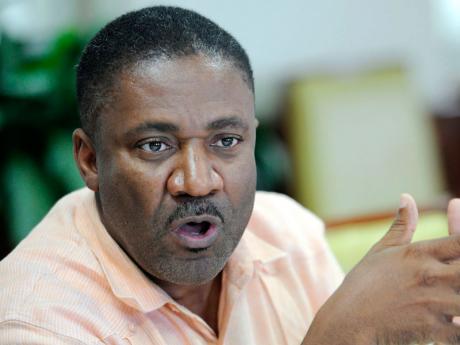 ANOTHER JAMAICAN legislator has declared that he is "a proud police informer."

The latest declaration came yesterday from Phillip Paulwell, minister of science, technology, energy and mining, while he participated in a peace march in the troubled east Kingston community of McIntyre Villa.

"People say that I am an informer. Yes, I am a proud informer," declared Paulwell, who is also the parliamentary representative for the area.

"Because, if I can save one more life, which is one life that is golden, then we would be true to the Lord," he continued.

The Government legislator later told The Gleaner that the comments were his way of trying to break the back of the 'informer fi dead' culture that exists across inner-city communities plagued by violence.

"I am trying to lead by example, to encourage our people to inform ... . They have to pass (on) information to the police. There is nothing wrong with being an informer," Paulwell insisted.

He added: "This culture about 'informer fi dead' we have to kill that culture, and that's the message I'm sending."

Opposition legislator Desmond McKenzie last year declared that he was "the biggest police informer right now", as he urged residents in his west Kingston constituency to provide him with the names of those responsible for the shooting death of a child so he could pass them on to the police.

Commissioner of Police Owen Ellington, who participated in yesterday's march, said he was heartened by Paulwell's declaration and sought to dispel claims that police personnel are passing information provided by citizens to criminal elements.

"Those days are well, well behind us ... . We are not compromising anyone," Ellington told The Gleaner.

"We are managing information ... our intelligence monitoring processes now are the best they have ever been," he insisted.

The march by a cross-section of church leaders and members of the Police High Command came a week after McKintyre Villa was rocked by two brazen attacks by rival gangs that left a man and a 17-month-old child dead and two others hospitalised with serious injuries.

"Enough is enough" was the common theme among residents who welcomed the initiative, saying they were hopeful that it will end the violence and fear that has gripped the area.

"We have had one-and-one sit downs and those have not worked. This [the march] is new and, hopefully, it can work if the church and the police continue to play this role," said one resident, Kevin Brown.