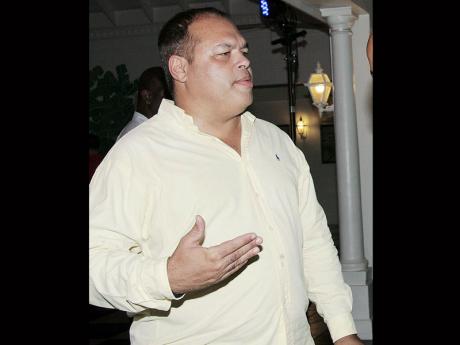 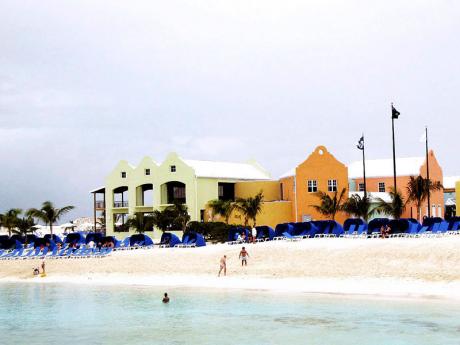 Margaritaville Grand Turk in the Turks and Caicos Islands. - File
1
2

An incorrect headline appeared on the lead story for Wednesday Business on February 26, 2014, due to technical glitches. The headline ‘Island Entertainment to list Bahamas and TCI operations’ should have read ‘Two Margaritaville listings for JSE’.

The Jamaica Stock Exchange (JSE) confirmed on Monday that two related foreign companies owned by Jamaicans but registered and operational overseas are preparing to list on the local exchange.

One of those operations, restaurant company, Margaritaville Turks Limited (MTL), issued its prospectus on Tuesday ahead of a float of 21.156 million shares set for March 3-31.

The Margaritaville franchise, which is controlled by Ian Dear, also operates in Jamaica, but the local arm is not known to be among the entities going public.

Proven Wealth Management Limited is handling the float of MTL shares. The offer comprises 5.26 million from issuer MTL and just under 15.896 million shares held by MCL. It is priced in foreign currency at US$0.10 per share - the equivalent of $10.81 - and aims to raise US$2.1 million (J$229m). Subscriptions below US$1.35 million would rank the float as a failure.

Some 1,057,828 of the shares on offer are reserved for employees and other designated applicants, while just over 20 million units is on offer to the public, which amounts to 29.78 per cent of the company. Margaritaville will retain 68.66 per cent ownership amounting to 46.34 million of 67.5 million shares after the offer.

The proceeds of the offer will finance working capital, the rollout of Margaritaville's proprietary South Beach Bar and Grill, and payment of the expenses of the invitation, which the directors believe will not exceed US$125,000.

Margaritaville Turks opened in 2006. Its operation includes a restaurant seating 500 customers, and a swim-up bar that serves the Jimmy Buffet, Margaritaville's signature flavours of margaritas. The food service operation is complemented by its sales of beverages, inclusive of Margaritaville USA's proprietary beer, Landshark, and branded merchandise.

The Turks operation has been profitable over the past five years, but its bottomline has substantially and consistently eroded from US$1 million in 2009 to US$597,536 in 2013, while the company's cash position has fluctuated but is well off its four-year high of US$232,877.

MTL's unaudited six-month results to November 2013, however, indicates improvement in profit performance - net profit doubled to US$442,454 in the period - but there was a further erosion of cash which fell from US$87,000 at yearend May 2013 to US$26,273 at November after distribution of US$1.7 million in dividend.

For this year, MTL is betting on a 25 per cent increase in cruise ship arrivals in TCI to one million visitors, after a fall in annual revenues in 2013 from US$4.8 million to US$4.5 million.

There are at least seven existing Margaritaville restaurants under the group's umbrella, five of which are located in Jamaica at Montego Bay, Ocho Rios, Negril, Sangster International Airport and Falmouth Cruise Port. The other two are in Grand Turks and Grand Cayman.

The most recent addition at Falmouth was launched in April 2013.

Margaritaville Caribbean Group CEO Ian Dear said Monday that he had no immediate comment on the planned listing.

Street Forrest says the procedures for listing Caricom operations are the same as any Jamaican company and both are expected to provide the same documentation. Those include articles of memorandum and incorporation, abridged financial statements, application for listing and a complete listing agreement, company certificates, and any documents, including the resolution of shareholders or directors, giving approval for listing.

In the case of Margaritaville Caribbean, the company will be "listing by introduction", according to Street Forrest.

"Listing by introduction means that it is not offering new shares to the market at this time. They are listing shares which have already been made available to others," said the JSE boss.

The Margaritaville operation kicked off in 1995 with partners Ian Dear and Brian Jardim.

Jardim exited the partnership in 2010 and is now focused on his company, Rainforest Seafoods.