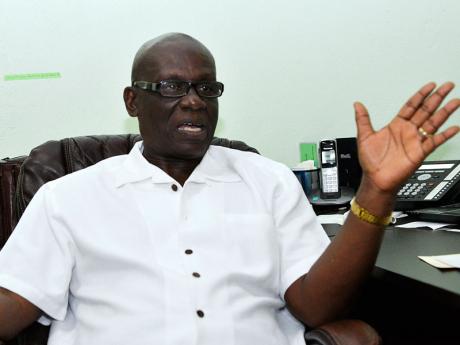 Desmond McKenzie, member of parliament for West Kingston, speaks with The Gleaner yesterday. 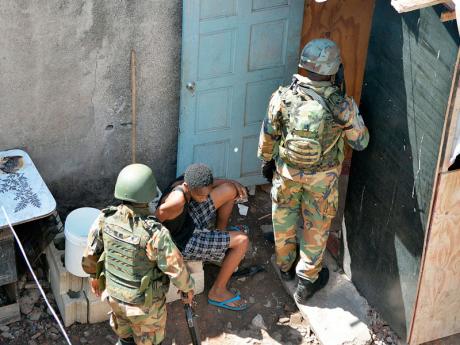 Members of the Jamaica Defence Force enter a home on Bond Street, during a foot patrol in West Kingston, yesterday.
1
2

After nearly two years of bloodletting in sections of western Kingston that claimed scores of lives, law-abiding residents are keeping their fingers crossed for better days as alleged gang members are reportedly signalling that they are weary of the feud and are prepared to lay down arms.

The first in a series of meetings, involving members of the community and men allegedly aligned to at least eight gangs which have been battling in the communities, was held in Denham Town last night.

Desmond McKenzie, member of parliament for Western Kingston, signalled yesterday that he was prepared to engage in any peace process, but warned that this would not exonerate gang members who are wanted by the police.

"After many efforts to bring the warring factions to understand the reason for the violence, loss of lives - including those of pregnant women and children - they have realised that it is not working," said McKenzie.

"They called me over the weekend saying that they are tired of what is taking place and they want to put an end to it."

Added McKenzie: "I explained to them from the outset that peace doesn't necessarily mean that those who are responsible for the mayhem, killing and shootings will be excused.

"Anybody who, within the last two years, has been responsible for the taking of innocent lives must be brought to justice … . Peace for perpetrators can't be wiped out just like that."

As McKenzie spoke, heavily armed members of the Jamaica Defence Force combed the area, while men and women sat on the street side, obviously accustomed to their presence.

National Security Minister Peter Bunting expressed satisfaction on Tuesday with welcomed news that there were no reports of murders in that day's data sheet sent to him by the leadership of the security forces.

Residents say there has been little to no violence in the area over the past week.

Said McKenzie: "I think that based on the discussion, they understood the position that I have taken, and while I am not giving any substance to criminality, I can't ignore, as member of parliament, any attempt by them to broker peace in the constituency."

He disclosed that he has been in discussion with the justice ministry as well as the national security ministry and the Peace Management Initiative.

"We have experienced untold violence over the past two years in the constituency," said McKenzie. "The violence has claimed more than 100 lives, including the elderly, both males and females, children, and at least five pregnant mothers.

McKenzie, who has had a long history in Western Kingston as a resident, councillor and parliamentary representative, characterised the bloodletting as the worst in more than 20 years.

"Not even in the days of the political divisiveness between the People's National Party and the Jamaica Labour Party have we seen so many innocent persons being killed," he said.

"That has also contributed to the high level of fatalities in nearly all areas of the constituency," he stressed.