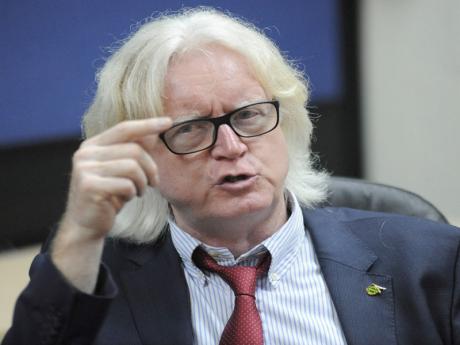 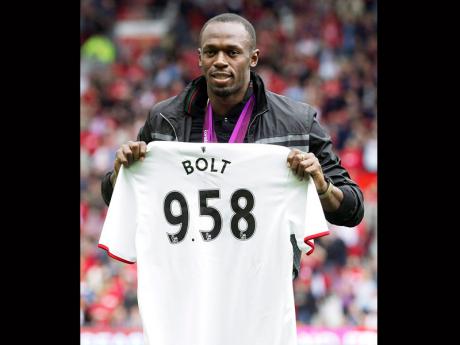 IMAGINE Jamaica tackling Mexico, Honduras, the United States, or any other football team for that matter. The team is pushed back into defence, then wins the ball and launches a counter attack. On the end of that play is Usain Bolt.

Winfried Schäfer wants that to be a reality.

The German, who officially signed on as head coach of the Reggae Boyz for the 2018 World Cup campaign, is ready to provide the world's fastest man an opportunity to utilise his much-stated football ambition, only this time in the national team.

"In the German newspaper, I read about Usain Bolt saying he wants to play football and he wants to play in Manchester. He's a Jamaican and I want him to be on our team," Schäfer told The Sunday Gleaner, while conducting duties as guest editor for the company's World Cup project, which will be launched on Tuesday.

The sprint icon has openly stated his love for football with English Premier League team Manchester United being his international team of choice. He has even been there for training, having gotten an invitation from legendary coach Sir Alex Ferguson.

He has also played a number of charity games locally, displaying good skills and a hard left-footed kick, oftentimes scoring.

While in his homeland for Christmas holidays, Schäfer said he received more encouraging news about Bolt's footballing skills, which spiked his interest.

"I heard from Puma, the Puma boss, (Bjorn Gulden, CEO). He said he (Bolt) played many times on the small team and he's not bad.

"But we can make him better," Schäfer remarked. "When he has good training with our team here in Jamaica, we can make him a very good player. He's very fast, that's clear, but when he learns with the ball then he'll be one of the best players.

"This is our goal," the Reggae Boyz coach insisted. "Maybe after the Olympics in Brazil (2016), I want to see him here in our training, that is what I want to tell him.

I hope he wants to play for his country.

"He's a hero here in Jamaica and I think when he learns how to play with the ball and know what he has to do he'll be much better. Football is easy and I know he played many times in joke match or match for charity. But when he plays professional and I'm his coach, we can make him very good; maybe the best player for counter-attack, nobody can stop him," Schäfer assured.

Bolt, the 100m (9.58 seconds) and 200m (19.19) world record holder, and Olympic and World champion over both sprints, is also sponsored by German sports goods manufacturers, Puma, which is also contracted to the national track body, the Jamaica Athletics Administrative Association (JAAA). The football coach says teaming up with his Boyz - who will play Barbados in a friendly in Bridgetown today - would boost its marketing impact.

"I talk with Puma in Germany many times. I was in Germany in December, January ... the marketing would be the best for Jamaica when he comes into our team. The stadium would be full, we can go in all stadiums in the world and everybody would come ... and this will provide motivation for our young players.

"Usain Bolt is one of the best marketing men in the world," said Schäfer, mulling the possibilities of Bolt becoming one of the Reggae Boyz.