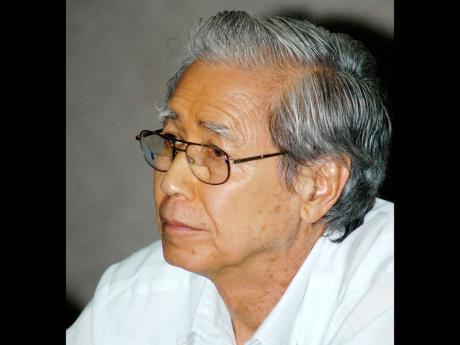 One of Jamaica's leading physicists and an expert in climate change has blasted as fundamentally flawed, Government's endorsement of the use of coal-generated electricity for its planned logistics hub, sections of which are to be sited at Goat Islands.

"People in the know, including myself, are very much concerned about coal, not just because coal worldwide contributes much toward the dangerous consequence of climate change but mostly because of the health risks that it poses," Professor Anthony Chen told persons gathered for yesterday's official launch of the Chinese Cultural Association at 22 Barbican Road in St Andrew.

"The by-products of coal include carcinogens (substances capable of causing cancer), mercury, highly radioactive material and black smoke, all very harmful to the health of people, especially those living near to the plant," disclosed Chen, a joint recipient of the 2007 Nobel Peace Prize, who is also president of the cultural association.

His comments come after Transport Minister Dr Omar Davies sought to assure Parliament last Tuesday that the use of clean coal would be economically and environmentally practical.

Said Davies: "Given the high cost of electricity in Jamaica, CHEC (China Harbour Engineering Company Limited) proposes its own coal-fired generating plant to provide lower-cost electricity for the project."

However, Chen, who works in climate change and energy studies at the University of the West Indies, Mona, rubbished that statement, arguing: "If it is by coal, it will not be what is called 'clean coal', because the cost to clean coal, using various scrubbing mechanisms, will make coal an expensive option, making it more expensive than gas (liquefied natural gas - LNG)."

At between 38 and 42 US cents per kilowatt-hour, Jamaica's cost of producing electricity is among the highest in the world.

Meanwhile, the renowned scientist also made it clear that he was not against the inclusion of the Goat Islands in the logistics hub, but called for more transparency from the State.

"People are speculating, and we need more data from the government, more transparency," he said.

On the question of the promised environmental impact assessment, Chen insisted that much more needs to be done by way of a strategic environmental assessment and development plan which would incorporate a long-term cost-benefit analysis.

He argued that for the planned assessment to be truly effective, Government must share its investment plan on the logistics hub with the public, showing how it will fit into the country's long-term development, as well as explaining how it will be sustained.

"We wish the Goat Islands project to be successful and the genuine fears to be laid to rest because of the good it can do for Jamaica. As long as all the proper procedures are carried out to satisfaction, it should succeed," he said.