Why Jamaica is poor 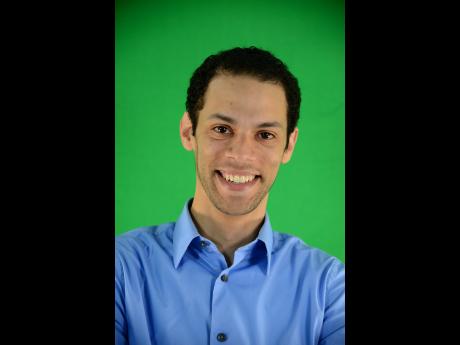 It's an embarrassing but inescapable truth about Jamaica - most of the time, we're a complete mess. From arresting criminals to developing industries, diversifying exports to simplifying taxes, creating wealth to erasing intolerance, Jamaica lags behind much of the world.

Our GDP per capita is less than half the global average. According to the Statistical Institute of Jamaica, almost one in three men and one in two women in their early twenties can't find work. Forty per cent of all the jobs in the country are in farming, fishing and car repair. Construction and tourism provide a quarter of the rest. And those hard-baked jobs pay about J$11,500 a week, not enough to afford the computer to read this article.

What's a beautiful banana republic to do? Two hundred years ago, Jamaica was the richest colony in the British Empire by a distance, and its citizens, like Simon Taylor and Thomas Thistlewood, the most wealthy. Falmouth famously had running water before New York. How did we go from such prosperity in 1814 to such poverty today? Why is Jamaica so poor?

It's the billion-dollar question, one the best and brightest social scientists have been chewing on for decades. Here's the most influential living economist, Robert Lucas: "Is there some action a government of India could take that would lead the Indian economy to grow like Indonesia? If so, what, exactly? Once one starts to think about [it], it is hard to think about anything else."

It's easy to know what makes a market healthy - just write down what the First World does. Modern economists agree that balancing state budgets, suppressing inflation, allowing free trade, and investing in infrastructure is the way to go. But what's good for the country is not necessarily good for the government. In a democracy, where politicians only last a few years at the top, it makes more sense to spend as much as you can, protect the interests of powerful friends, and skimp on infrastructure apart from big, prestigious projects.

Still, with selfish people in power everywhere, why do rich countries stay rich and poor countries stay poor? In 2001, a Turkish economist, Daron Acemoglu, solved an amazing, disturbing piece of the puzzle. He discovered that he could predict the current GDP of 70 countries, including Jamaica, by looking at the mortality rate of white men in the 1800s. Wait, what? How in the name of Paul Bogle are those two things even related?

It turns out that wherever European colonisers survived in large numbers, like Australia and North America, they imported the rule of law from home. But where they mostly succumbed to disease, like much of Africa and the West Indies, they didn't bother to set up strong institutions. Instead, they set a precedent of grab-and-go, short-term, extractive policymaking that persists, like the viruses they feared, to this very day. Out of many, one example - inefficient bureaucracies that encourage and even tolerate widespread corruption.

Tim Harford, yet another economist, explains: "Development is thwarted because the rules and laws of the society do not encourage projects or businesses which would be to the common good. The small amount of education and technology and infrastructure [in a country like Jamaica] could be much better used if the society was organised to reward good, productive ideas. But it is not." By contrast, America's patent system, effective courts and venture capital paved the way, as much as the literal investment in highways, for a good idea like FedEx to flourish. In turn, FedEx created the delivery network for Amazon, whose supercomputers now enable Netflix, and the virtuous cycle continues.

This is all very depressing, because it suggests the problem of poverty operates on a scale larger than anyone's lifetime, that as a colonised people, we were predestined to struggle far past Independence, and that we are our own worst enemy in implementing solutions. But depression is not despair. We have to find a way to align the short-term interests of our elected officials with the long-term interests of the economy. How to do that remains unanswered, but with the world's best and brightest on the job, it'll probably only take another 200 years.