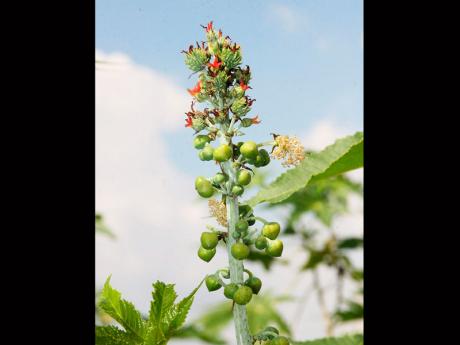 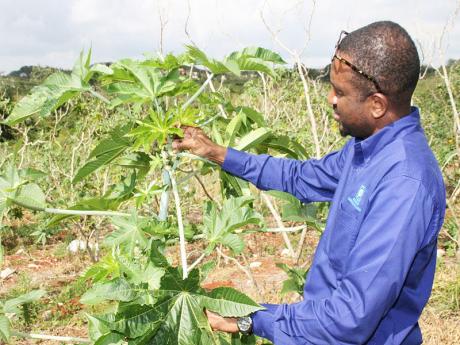 The Petroleum Corporation of Jamaica's (PCJ) research on oilseeds from three geographical sources as biofuel has so far favoured the Zibo 8 variety of castor bean from China that was grown in St Catherine.

PCJ is testing which varieties can be farmed successfully in Jamaica in quantities that can be used as feedstock, under a pilot known as the Scale Biodiesel Pilot Project on which the energy agency is collaborating with Ministry of Agriculture & Fisheries and the Caribbean Agricultural Research and Development Institute (CARDI).

PCJ has harvested more than 1,856 kg of oilseeds to date over two years under the first phase of the programme, with the highest yield coming from Zibo 8, according to Dr Peter Ruddock, Manager of Renewable Energy & Energy Efficiency.

"At this stage, cultivation is being done to assess the comparative productivity of each variety of seed and as a result, we would not categorise results as good or bad," when asked whether the volumes reaped were in line with expectations.

"The work is exploratory as we are looking at factors such as soil conditions, climate conditions, rainfall, fertilisation and irrigation to understand the characteristics of various seeds and the best conditions for each variety to thrive," he said.

The project fits into the Jamaican Government's energy diversification programme, specifically the hunt for alternative energy sources for fuel - a process that began six years ago when PCJ, through subsidiaries, Petrojam Ethanol Limited and Petrojam Limited, replaced 10 per cent of MBTE in gasoline with ethanol. A successful oilseed project is expected to lead to further reconfiguration or blending of the fuel mix.

Jamaica's overall fuel imports have been growing at an average annual rate of two per cent per annum over the 28 years, according to PCJ. However, the PCJ's own analysis of the energy sector indicates that production of biofuels may be more expensive to consume.

Nine per cent of local energy is currently sourced from renewable sources.

Under the oilseed project, five varieties of castor beans and one variety of Jatropha were cultivated and harvested to determine their relative yields, oil content and productivity. The research is being conducted at two locations, the Ministry of Agriculture's Bodles Research Station in Old Harbour, St Catherine and the Sam Motta Farm in Knockpatrick, Manchester, where CARDI has a demonstration facility.

A combined total of 16 acres is under cultivation. The research findings to date have been garnered from the cultivation of castor as Jatropha takes up to four years to achieve commercial yields, Ruddock said.

Of that of the castor varieties tested, the Nordestina from Brazil showed "good yield" at both locations with a germination rate of more than 80 per cent. The Nordestina had a yield of 1,696 kg per hectare at Bodles and 1,450 kg per hectare yield at the Sam Motta Farm.

The other two varieties tested were the Zibo 5, and castor beans that originate in Jamaica.

The Zibo 8 produced 1,982 kg per hectare, but "this result only occurred at Bodles, the warmer location; in contrast to the Sam Motta Farm in Manchester, where cultivation was done on reclaimed bauxite lands, and the yield was 167 kg per hectare," Ruddock noted.

The oil content of each castor variety was above 43 per cent, with Nordestina leading the way with recorded oil yields of more than 45 per cent. The project's current costs on a per hectare basis amounted to $109,408 at the Manchester site and $253,491 at the Old Harbour site, according to Ruddock.

A research paper on the biodiesel value chain completed for the PCJ in 2012 shows that while biofuels reduce import dependence, biodiesel is more expensive than petroleum diesel fuel and it requires distribution infrastructure which is not yet in place.

Further, the report notes that it takes energy to produce biodiesel fuel from crops.

However, Ruddock said alternative energy projects like his also have other objectives.

"It is important to note that there are several drivers behind the project apart from costs. More specifically, the Government of Jamaica has made clear its intention to reduce the country's dependence on expensive, imported fuel by infusing more renewable sources into Jamaica's energy mix," he told Sunday Business.

"Against this background, biofuels are being investigated as a source of clean energy which can be produced locally," Ruddock said.