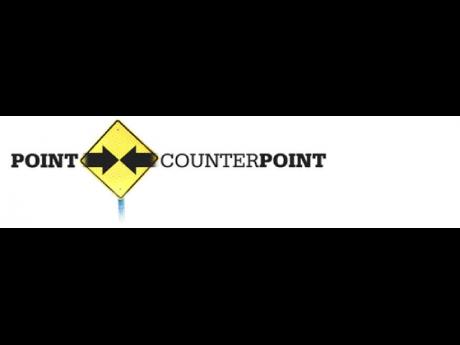 This is an open letter to Transport and Works Minister Dr Omar Davies.

I write in reference to your announcement of the Chinese intention to establish a coal-burning power plant at Goat Islands.

This has raised a red flag, which will only complicate the forthcoming environmental impact assessment. For it is a widely known fact that coal burning, in addition to being the greatest producer of carbon pollution that exacerbates climate change, produces huge quantities of waste that contain numerous toxic and hazardous substances, including mercury, uranium, thorium, arsenic, cadmium and other heavy metals that pose very serious threats to humans.

While it might be attractive for the Chinese to want to fuel a facility from their vast supplies of coal, the Jamaican Government should be very careful in assessing this proposal for the following reasons:

1 China is not known for being in the vanguard of environmental protection, and the World Bank has reported that as many as 750,000 people die prematurely in China from air pollution, some of which is attributable to coal burning. Also, the World Health Organisation and other environmental groups have reported emissions from coal burning are estimated to shorten a million lives worldwide annually.

2 lt is also reported that the four remaining coal-fired power plants around Beijing's municipal area are to be replaced by gas-fired plants, which obviously are far less polluting, in an effort to reduce air pollution in Beijing. Why would China want to introduce such a plant around Kingston? Least cost, no doubt!

3 lt is not unusual for industrial entities in Jamaica to generate their own power. The bauxite/alumina companies have been doing so for more than 50 years, but they use oil that also is less polluting than coal.

4 Even when coal-burning facilities are equipped with the best control equipment (baghouses are commonly used), breakdowns will always occur, and in time, Kingston and the surrounding areas will be blanketed with black particulates (ash and soot).

5 The existing bauxite/alumina companies should provide excellent examples of the effect of industrial activities on communities. In these cases, the air pollution impact is from red and white dust from the bauxite and alumina, which are not known to have the same toxic potential as coal fly ash. And these plants, certainly the ones operated by Alcan in Ewarton and Kirkvine, have best-practice controls on their kilns. The periodic accidental releases of effluent from Ewarton Works that turn the Rio Cobre blood red from Linstead to the sea is an illustration of industrial impact on community resources,

6 Coal-burning wastes are not only confined to air pollution, for there are copious volumes of solids that will accumulate over time that will require storage and disposal and threaten terrestrial and aquatic resources.

7 Arguments about reuse of solid coal-burning wastes for roads and building materials should be evaluated carefully, as there are scientific concerns about the safety of using these kinds of materials in concrete. In any case, Jamaica's abundance of limestone might render that an unattractive option for builders.

8 The most environmentally sound way to use coal is through gasification, and the Chinese are embarking on major ventures with international companies to build such power-generating facilities in China. The costs of such endeavours are probably prohibitive, but should be explored. For gasification to be practical in Jamaica, the coal would probably have to be transported there, so concern would remain about transport, handling and the storage of solid wastes.

A more environmentally compatible option for power generation on the Jamaican coastline would be the use of offshore wind turbines. Wind turbines are used offshore in England and have the resultant effect of positively impacting hurricanes and storms. Of course, that system is new and probably would be a lot more costly to build than a fossil-fuelled plant.

Everyone can understand the Jamaican Government's interest in bringing this promising project to Jamaica and the strong competition that it faces from other countries, but the country should not sacrifice its unique, natural and historic sites for industrial projects, even if they create an economic boost.

The anticipated economic benefits might never be finally realised, while the natural environment might be permanently damaged, even if the health of the impacted population is effectively protected.

Stanley C. Tracey is an engineer and environmental consultant. Email feedback to columns@gleanerjm.com and stntracey@yahoo.com.