Coal a no-brainer for logistics hub 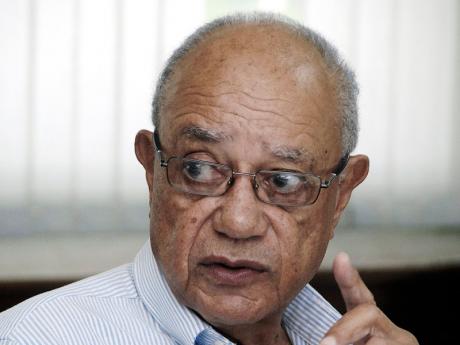 It is with some trepidation that I take issue with the opinions expressed in last Monday's Gleaner ('Say no to coal', March 3, 2014) by the outstandingly qualified and highly respected professor, Anthony Chen, concerning use of coal for electric power generation in Jamaica.

Professor Chen recommended that coal not be selected as the appropriate fuel because of the health hazards to which citizens, especially those living in proximity to generating stations, would be exposed. Unfortunately, he did not indicate what fuel he considers to be the preferred choice, what the resulting effects on the health of the citizens would be, as well as the price of electricity to consumers.

Over the past several decades, heavy petroleum fuel ('Bunker C') has been the fuel most utilised for power generation in Jamaica. In the 1980s, the price of petroleum fuels began to increase regularly and steeply, and successive governments have since been trying to secure supplies of liquefied natural gas (LNG) to fuel new generating stations that are expected to provide power at costs to consumers substantially lower than that which has become the norm.

Over the ensuing years, a number of studies have been conducted independently by the Jamaica Public Service Company, Office of Utilities Regulation (OUR), National Environment and Planning Agency (NEPA) and at least three reputable overseas consultants to determine the most economic fuel to be used for local power generation, and the effect on the environment by the fuels being considered in the evaluations. All have concluded that coal would be the most economic fuel, providing relatively low-cost electricity to consumers without violating the established environmental standards.

However, successive governments have insisted that natural gas represents the most beneficial fuel for local power generation, but no concrete evidence in support of that position has been made public. The low-cost gas has not yet been located, electricity prices have risen steeply in the intervening period, the reliability and fuel efficiency of the ageing generating plant have deteriorated, and Jamaica's international competitive edge has declined over a range of activities and services.

To date, only two Caribbean countries, Puerto Rico and the Dominican Republic, have utilised LNG in substantial quantities for generation of public power service. However, both have also installed coal-burning power units, with the objective of further reducing-power generation costs.

The Dominican Republic has recently placed an order for an additional thousand megawatts of coal-fired power-generating units to economically satisfy the increasing power demand. Puerto Rico and the Dominican Republic are not insensitive to the health of their citizens. Nor is NEPA, in whose charge oversight of the environmental welfare of Jamaica's citizens has been entrusted, and whose calculations indicate that properly designed coal-fuelled generating units would actually reduce the current level of unhealthy emissions from power stations.

It is a given that without acceptance of coal as fuel for power generation, the logistics hub will not become a reality. The hope of increased production of alumina would be reduced. To what extent should Jamaica accept higher costs of electricity supplies in order to escape utilisation of an energy source which other Caribbean countries consume to their economic advantage and without detriment to the health of their citizenry?

Winston Hay is a former director general of the OUR. Email feedback to columns@gleanerjm.com and winstonhay@hotmail.com.