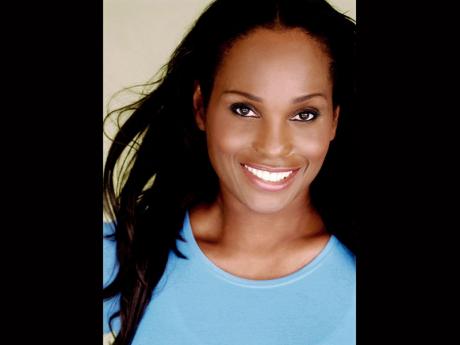 Jamaican actress, writer, comedienne and TV host Sardia Robinson is making her mark on the Hollywood scene and inspiring women across the country with her one woman show, From a Yardie to a Yankee, a true story about her life, struggles, and journey to stardom.

"I am so thrilled to be able to tell my life story on stage because I am deeply passionate about encouraging other women to love themselves, make smart choices and fight back when life gets difficult," says Robinson.

A revered performer who credits her Jamaican grandmother for her success, Robinson says if it hadn't been for the knowledge and support her grandmother gave her while she was in Jamaica, she would not have been as successful in America.

"My grandmother taught me to believe in myself and to never forget where I came from, so I took her words to heart whenever I faced adversity and it allowed me to push forward in tough times, she says. I decided to bring my Jamaican roots to the stage in Hollywood and tell my story in order to give young girls and women hope, because a lot of them feel lost and discouraged. Women and girls need to know that they are worthy, no matter what they have experienced in their lives," states Robinson.

A native of Jamaica, Robinson faced many challenges growing up, but was determined to beat the odds.

She moved to the United States to pursue her education and live her dream of becoming a Hollywood actress. The road was rocky, and there were times when she felt like giving up. "One of the most painful moments of my life was dealing with my sister's death. We were close, and I expected us to grow old together.

When she was brutally murdered, I felt like a part of me had died, but I had to find the strength to go on and make her proud. I knew that she wanted me to succeed and that made me even more determined to go after my dreams. I experienced other struggles, which I talk about in my one woman show."

"When I came to the US, I was a single mother trying to raise two boys while I pursued my college degree, and discovered that I was dyslexic. Although I had to work harder than other students, I was committed to learning and getting my education. "I was told that I wouldn't make it, but I graduated with a degree in Theatre. It was one of my proudest moments," said Robinson, adding that "Although life has not always been easy for me, I knew I had to make it and that God had a plan for my life."

Robinson says "The purpose of my show and telling my story is to let women know that we can rise above anything that is keeping us down. We can do more than just survive; we can thrive and actually live our dreams if we have a plan, stay strong and not allow ourselves to get knocked down when life gets rough."

Now, Robinson is an accomplished SAG-AFTRA actress, writer, comedienne and TV host whose acting credits include The Young & The Restless, For Colored Girls at the Journeymen Theatre, That's Funny! and ADHDtv with Lew Marklin.