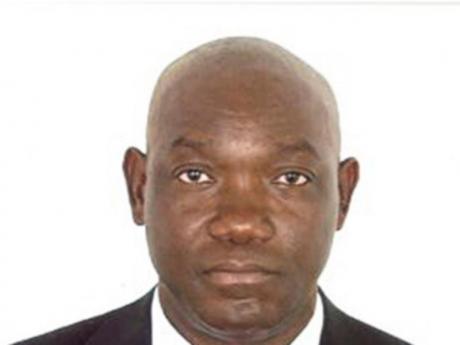 I would like to publicly declare my allegiance to that cadre of progressive-thinking Jamaicans who have been unrelenting in proclaiming that the Chinese-sponsored Goat Islands mega project is a rare opportunity for economic advancement.

If we are ever going to be reckoned among the developed countries of the world, our people must begin to think big and balanced. I dare suggest that the current national conversation on the Goat Islands project has been marred by an overconcentration on extreme environmental views and petty nationalism.

One of the factors that have generated much noise and discord is the Chinese plan to build a coal-fired plant to generate affordable power. Naturally, this proposal gives rise to environmental considerations, and rightly so.

In The Gleaner of March 3, 2014, Professor Anthony Chen captured the headlines of the front page under the rather conspicuous heading, 'Say no to coal'. According to the Gleaner report, Professor Chen enumerated the dangerous by-products of coal, including carcinogens, mercury and highly radioactive material, among others.

While the negative by-products of coal are well known and documented, a progressive cadre of solution-oriented scientists have moved beyond the narrow confines of problem identification to problem solving. They have invested their intellect in inventing carbon sequestration and clean coal technologies. With the advent of carbon sequestration and clean coal technologies, an increasing number of countries, including the United States, Australia, Israel and South Africa, have been embracing coal as an acceptable alternative industrial energy source to petroleum.

Rather than trying to kill this gift of a lifetime upon which the economic revolution of Jamaica plausibly subsists, all that Jamaica needs to do is to constructively engage the Chinese in ensuring that carbon sequestration and clean coal technology are part and parcel of the implementation of the Chinese mega project.

We need to embrace a national psychological revolution that will help us to see the value of taking our problems to the labs and production centres and not the talk shops. Talk is cheap and pays no dividend.

A new tide of environmental consciousness is now gaining momentum in China, being led and pushed by the government. Riding on this new wave of thinking, it should not be so difficult a feat to work with the Chinese in implementing a programme that reasonably takes environmental integrity into consideration.

What socio-economic achieve-ments does Jamaica currently possess that make us stand out above and beyond the USA, Australia and Israel, who all embrace coal as an energy source? Is it longer life expectancy, a more healthy population, or a better economic system? Certainly not! We need to stop playing around and demonstrate that we are a nation of visionaries. It is now or never!

I am looking forward to the day when our local universities will coordinate and use some of the best minds to carry out an assimilation exercise to show how modern carbon sequestration and clean coal technologies can be used to minimise the otherwise harmful effects of coal. Wouldn't this be a meaningful way by which our universities could take the lead?

If we allow this opportunity to slip by, we will not see one like it for generations to come.

It is my vision that over the next 30 years, if time persists, the Goat Islands industrial revolution will spill over into the Old Harbour Bay area and its environs, winding its way along that stretch to connect with the Caymanas Economic Zone, ultimately spawning its way to connect with a revived industrial estate that runs along Spanish Town Road and Marcus Garvey Drive.

Jamaica and China have long demonstrated the will and capacity to work together. Jamaica stood with China when it was unpopular to do so. We have political capital with the Chinese. China has demonstrated a will to help Jamaica. Let us work hand in hand with the Chinese in rolling out a mutually acceptable project. There is no need for unreasonable commotion! Let us not allow this national conversation to become a national quarrel!

Cedric Brown is an attorney-at-law. Email feedback to columns@gleanerjm.com and cbrownlawpractice@gmail.com.