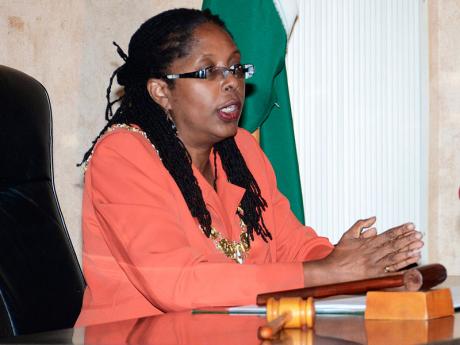 Mayor of Kingston, Senator Councillor Angela Brown Burke addresses the monthly meeting of the Kingston and St Andrew Corporation at its Church Street chambers in downtown Kingston on January 14. - JIS 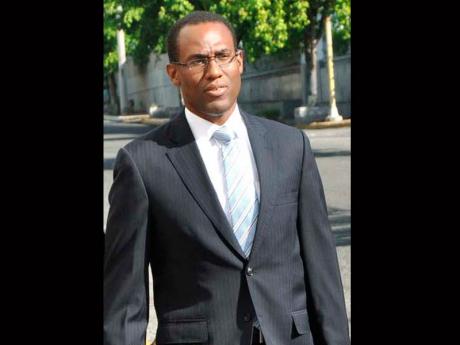 ARGUING THAT the gender make-up of the judiciary is directly related to tertiary gender output, which sees the vast majority of university graduates being female, opposition Senator Dr Nigel Clarke said achieving increased gender representation in the legislature is not as simple as doing so in the judiciary.

"Underparticipation by women is symptomatic of problems other than institutional gender bias and direct gender discrimination," Clarke argued in the senate on Friday.

He was contributing to a debate on a motion brought by Government Senator Imani Duncan-Price, which calls for policies, including a temporary quota system, to increase the number of female lawmakers.

Clarke argued that persons, including women, were being turned off by corruption and a degeneration in the country's politics.

"The incivility, the inhospitable nature of it, and the stigma associated with it. 'Politics' is a bad word in Jamaica, and, as a result, many categories of qualified persons, including women, have retreated from the public space," Clarke said.

He further argued that women represented a huge category of persons who have opted not to get involved in politics and said that a quota system was not sufficient to get them involved. Clarke noted that the judiciary was primarily made up of women and argued that no special measure was required to overturn the dominance of men in that area.

In the meantime, deputy president of the Senate, Angela Brown Burke, said it would be worthwhile to study the experience of the Kingston and St Andrew Corporation (KSAC), which has had a fair number of women councillors in recent times. She said that in 1998, 42.5 per cent of councillors in the KSAC were female. She said by 2003, it dropped to 27.5 per cent and remained that way after the 2007 local government elections but moved to 37.5 per cent after the 2012 polls.

"For the past 16 years, both political parties have placed a number of females in obviously winning seats in Kingston and St Andrew," she said.

The government senator told her colleagues they had an obligation to do the research to find out "what has been happening (in the corporate area), what have we been doing to allow us to have those figures".

She also said it was critical that lawmakers answered the question as to whether there were enough women who were "equipped to lead, not just participate or support. If not, how do we address that?"