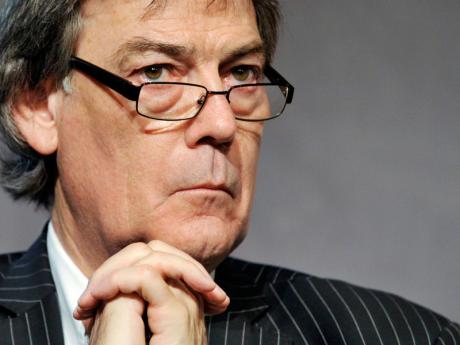 Jamaican officials have done "exactly what we've asked" to get their anti-doping programme back in order after failing to test their world-beating sprinters in the months ahead of the London Olympics, the director of the World Anti-Doping Agency (WADA) said yesterday.

WADA sent a delegation to Jamaica in recent weeks to follow up on recommendations made after last year's audit of the Caribbean island's troubled drug-testing programme.

Jamaica have produced a slew of world-class track and field athletes who have won 28 medals over the past three Summer Olympics, including 12 at the 2012 London Games.

Howman met with Jamaican government officials in November after the former director of Jamaica's drug-testing agency, Renée Anne Shirley, disclosed there had been a virtual absence of out-of-competition testing for six months before the London Olympics.

All 12 board members of the Jamaican agency, JADCO, resigned in November.

"They're getting there and will be as the months go on," Howman said in an interview on the sidelines of the Tackling Doping in Sport conference at Wembley Stadium. "They've got the commitment from the Government. They've got the new board of governors. They've got a new executive director. They've got plenty of money and they're in position to be able to do what they have to do."

Shirley, who also appeared at the London conference, said she has been ostracised in Jamaica since speaking out and no longer has any business or government contacts in the country. She said the Jamaican agency's new leaders need time to rebuild a solid anti-doping programme.

"They are almost starting from scratch," Shirley said. "You have a new board. All testing people are new. All educational people are new. I genuinely believe that they are going to make an effort."

Howman said WADA's latest visit to Jamaica included members of the Canadian anti-doping agency who are working with the Jamaicans as "mentors" to build up their testing programme. It will include out-of-competition tests, considered the most effective way of catching drug cheats.

"We're pretty happy with the progress," Howman said. "The area we still want to make sure is enhanced is their results management process, which seems to be dragging on too long."

WADA is frustrated that rulings in the Jamaican cases have still not been handed down.

"Most of them have now been concluded," Howman said. "We're waiting for decisions. The process in general has been longer than optimal."

Jamaican sprinter Veronica Campbell-Brown was cleared of doping on appeal last month by the Court of Arbitration for Sport. The three-time Olympic gold medallist had faced a possible two-year suspension after testing positive for a banned diuretic at a Jamaican meet last May.

The full reasons for Campbell-Brown's exoneration have not yet been released, but CAS said the ruling was based on faulty sample collection.

"That's not only disappointing, it just hasn't happened for 10 years," Howman said. "I don't think I need to say any more than that."