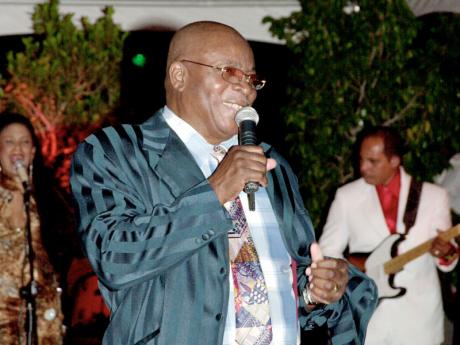 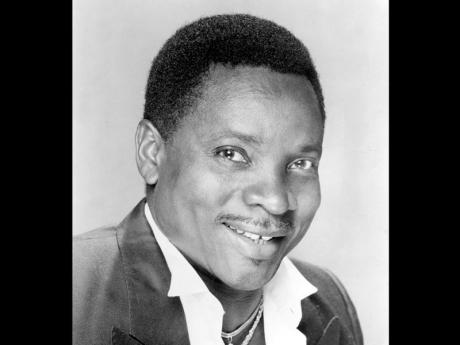 Lord Kitchener may have been the first to take calypso music into international waters, but there were others who performed similar and equally important roles in helping to spread and popularise the genre abroad.

To any calypso lover, the first that would come to mind readily is The Mighty Sparrow. Born Slinger Francisco on the island of Grenada in 1935, he moved with his family to Trinidad before he was two years old.

There, he first became interested in music by singing in his school's choir during his pre-teen years.

At age 14, Sparrow was exposed to calypso music for the first time when he joined a junior steel band and performed at Trinidad's carnival celebrations.

He was then known as 'The Little Sparrow', a title he acquired because of his habit of jumping around on stage while he performed.

According to Sparrow, "When I sing, I get excited and move around, much like James Brown and this was new to them."

On one occasion, a critic was heard to remark, "Why don't you just sing, instead of moving around like a little sparrow".

FROM LITTLE TO MIGHTY

Although it was said in jest, the name eventually stuck. Within a few years, Sparrow subtituted 'Mighty' for 'Little', becoming The Mighty Sparrow, a stage name that became synonymous with calypso and soca music.

The adoption of the title Mighty was in accordance with the traditional practice of early enslaved entertainers taking their masters' titles for their own: 'Lord', 'Count', 'Duke' and 'King', were the ones most commonly used.

Sparrow became something of a local star almost overnight after winning Trinidad's Carnival Road March and Calypso King competitions in 1956 with his famous song, Jean and Dinah.

Infuriated by the meagre reward of $40, he pledged to boycott future carnivals, and led a protest that attempted to organise other calypso singers to do the same. His recording of Carnival Boycott bolstered that effort and led to an amelioration in the condition of calypso and steel-band musicians in Trinidad, as well as to the formation of a Carnival Development Committee Organisation to assist musicians.

Sparrow went on to make his recording debut in 1956 as well, with the live performance tune, Yankees Gone, and followed up with several local hits in 1956 and 1957, including Jack Palance, No Doctor No and Sailor Man.

He then got into a slanging match with Lord Melody, before releasing his first album, titled, Calypso Carnival 58 in 1958. Sparrow officially returned to the Calypso Monarch competition in 1960, winning the kingship and his third Road March titles.

Eight times Trinidad Road March winner, 10 times Calypso King/Monarch champion, two-time calypso King of Kings, numerous other awards and a plethora of hits have earned for him the title, of the Calypso King of the World.

Like his compatriot, Lord Kitchener before him, Sparrow helped to popularise calypso around the world, taking his brand to places like Holland, the United States and the United Kingdom.

THE BIRTH OF MENTO

Jamaica also had its share in helping to popularise calypso music abroad. Although marketed as calypso, Jamaica's style was actually known as mento.

Visitors to Jamaica may never be able forget this music, as their first experience of live music would most likely been at the hands of a mento band, either at the airport, their hotel poolside, or on a cruise ship docked in the harbour.

Born Norman Byfield Thomas in the early 1930s, at Regent Street in West Kingston, Flea was credited with helping start the calypso craze in the United States.

An exciting guitarist and a clever tongue-in-cheek exponent of rhythmic rhyme, Flea began his entertainment career, along with his band, The Calypsonians, at local dancehalls during the late 1940s.

Those performances came while The Calypsonians did a few record releases for local businessmen, Alec Durie and Ken Khouri, and earned for the group a contract with Miami club owner, Bill Saxon, in 1954. Saxon had travelled to Jamaica in search of an authentic sound for his Florida venue.

Invading American soil through the Miami gateway, the group kicked up a storm with their jump calypsos, sending Americans wild with hysteria at venues like The Club Calypso, The Eden Rock Hotel, and The Grey's Inn.

The performances earned them a recording contract with larger-than-life Capitol Records. The result was the landmark album, Swinging Calypsos, in 1957.

The February 1957 Billboard review said the album had "attention-grabbing sides, which can stir action at all levels". On track six of side one, Flea highlights the age-old problem between tennants and landlords, emphasising lack of conveniences:

No chair, no table, this convenience is terrible

And on the other part

no hot water to take a bath.

This be-bop music is really terrific.

I nearly went crazy when I hear the records of Gillespie.

It really enchanted me just to hear him play Anthropology.

On track four of side two, he urges man to:

Run run run, when you see a pretty woman.

When a man is in love it's so pitiful

A woman will cover her face with wool.

Love is the common enemy

The moon and stars is artillery.

When they attack you there is no retreat.

You wont lose your heart if you use your feet.

On track one of side two, The Monkey, Flea sings about the animal's habit of following him around and copying some of his actions.

When I put on shoes, monkey wear shoes too.

I don't know what to say the monkey won't do.

Other tracks from the album, every one, a smasher, include: Donkey Bray, Magic Composer, Naughty Little Flea, Shake Señora, Batchelor's Life, I Can't Cross Over and Out de Fire.

Flea died from Hodgkin's disease in Miami, Florida in 1959, at the tender age of either 25 or 27. His funeral procession was said to be the longest ever seen in Miami-Dade county.