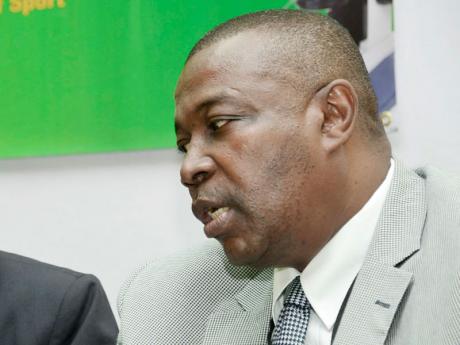 As enactment of the tough new anti-gang law draws near, a high-ranking member of the Jamaica Constabulary Force (JCF) has revealed that the police have already crafted a strategy, using the provisions in the legislation, that will seek to break the back of some of the country's most violent criminal organisations.

Devon Watkis, assistant commissioner of police in charge of crime, would not divulge details of the new strategy but said it was drafted over several months after a detailed analysis of some of the more than 200 active gangs spread across the country had been undertaken.

Watkis said the JCF was developing a cadre of "well-trained investigators" with the "requisite expertise in the different spheres" who would be charged with the responsibility of implementing the provisions of the new anti-gang statute.

"We have a strategy that we have been preparing to respond to the authority contained in the law so that when it is appropriate, we will implement the requirements," Watkis told The Gleaner.

"The commissioner [of police] has directed, and we have started, that we develop the requisite protocols, institutional framework, and the capacity-building arrangements to ensure that the persons who will be leading the charge are fully prepared," he added.

But with human rights groups expressing reservations about some of the provisions in the new anti-gang law, the head of the Criminal Investigations Branch made it clear that decent, law-abiding citizens need not worry when the strategy is rolled out.

"To set the public at ease, we have emphasised, during our training, that in the implementation of all laws, including this one, persons should not be discriminated [against] based on their colour, based on their creed, or their association as long as it is not unlawful," Watkis pointed out.

"The objective and reasoning of the [anti-gang] legislation is to impact the organisations that are contributing to the landscape of criminality, and we will use it accordingly. There should be no fear," he insisted.

Watkis said Police Commis-sioner Owen Ellington would provide the country with more details at the appropriate time and noted that the Organised Crime Investigation Division would play a lead role in implementing the new crime-fighting strategy.

He said the new legislation has been the subject of many lectures for every member of the JCF, who will be required to become familiar with it.

The Criminal Justice (Suppression of Criminal Organisations) Act 2014, commonly referred to as the anti-gang law, was passed in both Houses of Parliament this year and now awaits the assent of Governor General Sir Patrick Allen.

Statistics compiled by the JCF show that criminal gangs are responsible for more than 60 per cent of the murders Jamaica has recorded in the last decade. The most recent Periodic Serious and Violent Crime Review conducted by the JCF shows that there have been 197 reported murders up to March 15 this year, 61 per cent of which were gang-related.

Sociologist Horace Levy, in one of the harshest criticisms of the statute, charges that it is rife with racism and classism and is meant to suppress poor youth.

"This anti-gang law is part of an approach to crime and violence that has ruled Jamaica for the past 50 years, a strategy of suppression or repression. It is consistent with Jamaica's race-class divisions," Levy said in a letter to this newspaper last October.