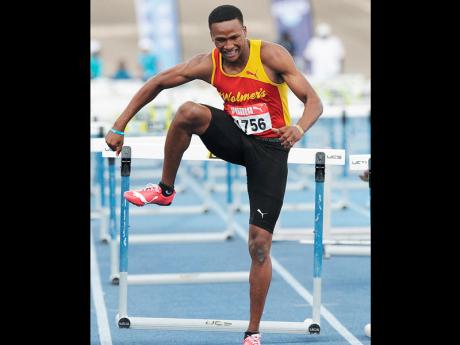 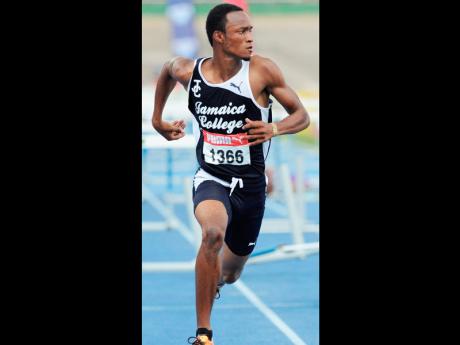 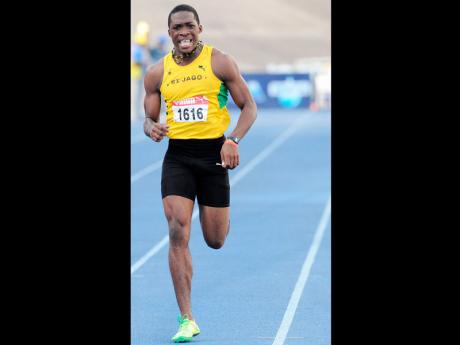 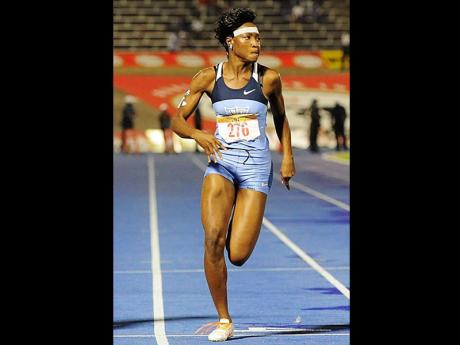 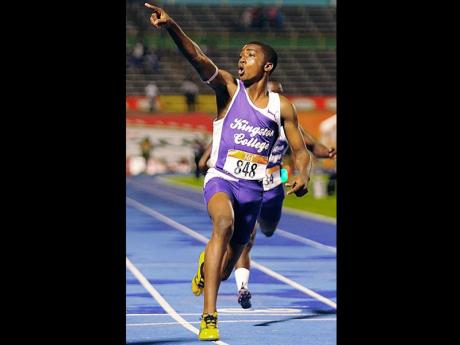 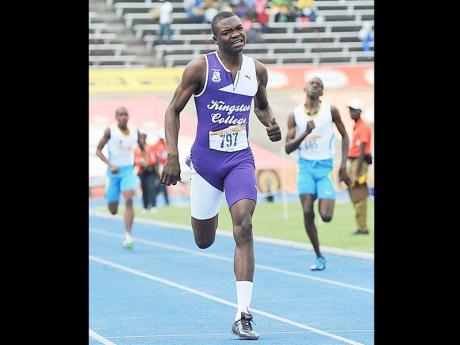 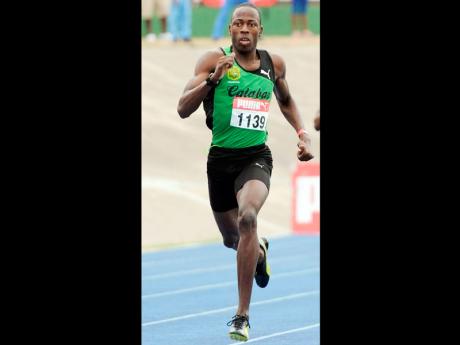 Another chapter of local track-and-field history is about to be penned. The story of the next great champion will be told, as Jamaica's high-school titans and 'Cinderellas' strive for glory at this years' Inter-Secondary Schools Sports Association (ISSA)/GraceKennedy Boys and Girls' Championships at the National Stadium, starting today at 2 p.m. with preliminary competition in 21 events.

Heavy is the head that wears the crown, or so they say. And in the case of respective defending boys and girls' champions, Calabar High and Edwin Allen High, the old maxim should prove prophetic over the next five days, when the meet climaxes on Saturday.

Chasing their first three-peat since 1990 and their 24th hold on the coveted Mortimer Geddes Trophy, Calabar will, yet again, brace for a Kingston College (KC) assault, with the North Street giants still smarting from last year's third-place finish; while perennial contenders Jamaica College (JC), St Jago High and Wolmer's Boys' are expected to complete the top-five among boys.

On the girls' side, it's never easy to write off 10-time champions Holmwood Technical. In the same breath, Edwin Allen have made it a risk to put all of one's eggs in their basket, after failing to close the deal on a number of occasions, including last year.

However, the pundits agree that in spite of last year's colossal last-day collapse, this time it's the Michael Dyke-coached Edwin Allen who are expected to waltz away with this year's girls' title.

In fact, despite Holmwood's unmatched tenacity, the strength of St Jago and Vere Technical, as well as the meteoric rise of Hydel High, nobody is expecting much of a title race on the girls' side.

'If you want our title, come and get it!' That's the challenge echoed by Calabar's assistant coach, Omar Hawes.

"There is always pressure, but we are ready for that. The guys have been training well, and we are looking forward to making it three in a row," said Hawes. "In all honesty, the preparation has been going well, the meets have indicated that the youngsters are where we want them to be."

And what would a three-peat mean to the Calabar community?

"This would tell us that the programme that we have embarked on under coach Michael Clarke's 20 years of experience is bearing fruit, and the other coaches are learning from his teachings," Hawes added.

His team is well-rounded with much quality in field-and-track athletes, who have been dominant all season. They will be led by Class One stars Javon Francis and Michael O'Hara, who are expected to win massive points in sprints from 100 to 400 metres, as well as the sprint hurdles in which the latter numbers among the favourites.

Not to be left out, JC's Tyler Mason and Wolmer's Jaheel Hyde should combine with O'Hara to make the 110 hurdles a cracking affair.

The multi-talented Hyde, a Manning Cup football star, is also a key medal prospect in the 400 hurdles, while his teammate, Christoffe Bryan, is a clear choice for high jump gold.

Calabar also have an outstanding Class Three running team, headed by Tyreke Wilson, who took Under-14 200m sprinting to sub-22 levels, with a 21.95 victory at a Corporate Area Development meet recently.

However, freshly-minted KC head coach, Orville Byfield - a protégé of the late great Neville 'Teddy' McCook - has a warning for those who have written off his team's chances.

"At Champs, anything can happen as we have seen throughout the years and Kingston College is prepared, and we are going in there to give it our best shot, and I believe that by doing that we will be victorious," said Byfield. "I am very confident, you start at zero and you build on the points as you go along.

"Things are looking very good at this point; the boys are mentally prepared, they have trained well throughout the season, so the physical aspect is good. But we have also done some mental training with our boys and from what I am seeing, they are confident and ready to go," Byfield added.

Anguillan Class One athlete, Zharnel Hughes, headlines the Purples' charge in the 100 and 200m sprints, where Bog Walk High's Jevaughn Minzie is also expected to factor.

Their major threat at gold appears out of Monk Street, Spanish Town, in the form of St Jago's Raheem Chambers.

His elder teammates are also set to shine in the Class One 400 metres, where Martin Manley and Nathan Allen look set for a silver-bronze medal battle behind classy Calabar sprinter Javon Francis, who launched Jamaica from a distant fifth to 4x4 gold at the World Championships in Moscow last year.

If Holmwood are to retain the title they so dramatically won on the last day of Champs 2013, they will have to do it against the odds. But as new head coach Kirk Brown explains, that's the sort of challenge that drives his girls.

"We have been there before (underdogs) a number of times. For us, it's all about what you do at Champs. We have been prepared, we are ready to deal with the situations," Brown said. "The girls are 100 per cent ready, excited, raring to go. They are very confident that they will be the 2014 girls champions.

"They perform better in all areas at the big time - at Champs. They live for that, and the fierce competition always cause them to dig a lot deeper," Brown added.

World Youth 100m hurdles champion, Yanique Thompson, is the highest-profile Holmwood athlete, and it is around her that they will build their charge.

Thompson is expected to face a keen challenge from St Jago's Peta-Gaye Williams in her pet event.

Edwin Allen's team, by comparison, is loaded with stars, especially in Class One where Monique Spencer and Christania Williams headlines an outstanding sprint unit, with Marleena Eubanks looking set for the middle-distance double.

"Our team this year is much stronger than last year, and the girls are better prepared. There are no injury concerns and this is the first time the entire coaching staff, along with the girls, are so relaxed going into a championships," said Edwin Allen head coach, Michael Dyke.