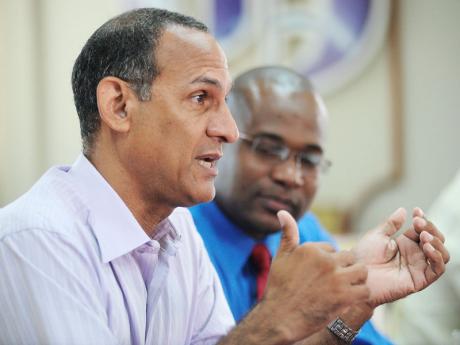 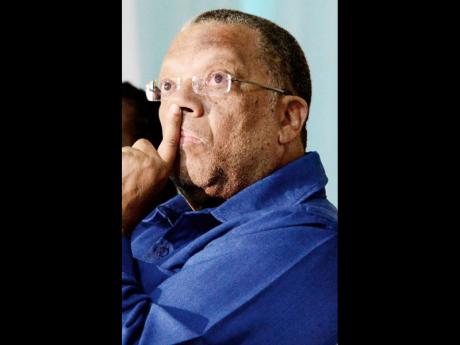 As the Government prepares to present the 2014-15 Budget in Parliament, a noted economist is urging the finance minister to not only commit to undertaking the economic reforms as prescribed by the International Monetary Fund (IMF), but to also stake his political future on the success of those reforms.

Dr Damien King, head of the Department of Economics at the University of the West Indies (UWI), argues that the fiscal indiscipline that has prevented Jamaica from enjoying economic prosperity in the 51 years since Independence requires that the economic reforms continue beyond the current four-year economic support programme with the IMF.

King, who is a co-chair of the Caribbean Policy Research Institute (CaPRI), added that Finance Minister Dr Peter Phillips should, when he presents the 2014-15 Budget, commit to resigning if that is not done.

"I would like to see continued commitment on the part of the minister of finance to the reform programme. In fact, I would like to see him stake his reputation on it - that if he deviates from it, he is going to have to resign. I want him to double-down," King said during a Gleaner Editors' Forum on Monday.

"This is critically important because we are coming closer and closer to an election, and at this stage, despite having implemented and passed three tests - and we have passed three tests before - nobody knows yet whether this is going to stick," he added.

The noted economist said he was yet to see an economy that he has studied globally that has been able to sustain economic growth while carrying a large fiscal deficit, which is the case with Jamaica.

"Nobody yet believes that this is going to survive - not only the length of the programme, but the discipline that we are now claiming that we now believe in - beyond the IMF programme," he pointed out.

"So I am saying that because there still remains a lack of certainty and lack of confidence on the part of many people, myself included, whether we are in fact in a new world, the minister needs to double-down and stake his reputation on it to try to build some of that confidence," King continued.

Professor Densil Williams, executive director of the Mona School of Business and Management at UWI, who also participated in the forum, agreed that Jamaica's fiscal situation should be an area for priority focus.

"Clearly, the heart of our problem is fiscal management," Williams said. "If you look at the data, I think it is about 13 years out of 50 that we have actually run a fiscal surplus. That is bad, and if you look at all the years that we have run a fiscal surplus, (they) are the years that we actually grew, and in some, we grew more than two per cent."

For Dr Christopher Tufton, who is the other co-executive director of CaPRI, Jamaica's economy is in transition and priority should be placed on reforming the Government's policies and systems to enhance productivity and competitiveness.

"We are in a transition phase as a country. Our economic management that we are now called upon to administer is moving, hopefully, from a phase of fiscal indiscipline, inefficient bureaucracy to the ideal, which is fiscal discipline and efficient bureaucracy," Tufton said.

The former agriculture and investment and commerce minister under the last Jamaica Labour Party administration also warned that the finance minister "should not assume - and it would be a dangerous assumption - that passing the IMF test is sufficient, even though it may be necessary to create and drive the economic progress that we all seek".

According to Tufton, "It is important because if he doesn't make that assumption, he would at least accept that there are other critical things to be put in place going forward."

Under the current four-year economic support programme with the IMF, the Government has committed to structural reforms to boost growth and employment; actions to improve price and non-price competitiveness; upfront fiscal adjustment, supported by extensive fiscal reforms; debt reduction; and improved social-protection programmes. The Government is also required to adopt fiscal rules that will lead to balanced Budgets, starting with the 2014-15 Budget.