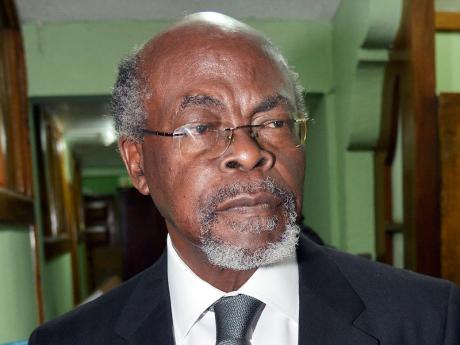 The Independent Commission of Investigations (INDECOM) has dismissed Public Defender Earl Witter's suggestion that ballistic reports were delayed because of the commission's inability to secure soldiers' firearms and a paucity of resources at the Government forensic lab.

Witter's comments were made on Monday in relation to the enquiry into the 2010 police-military operation in Tivoli Gardens, west Kingston.

But yesterday, INDECOM categorically denied the suggestions made by Witter.

"In fact, the JDF (Jamaica Defence Force) has been very cooperative in this investigation and, in any event, the commission has coercive powers to secure these firearms for testing," INDECOM stated in a release.

The commission further stated: "The ballistic comparison process is awaiting Witter's compliance with the steps he agreed to take in relation to this investigation, that is, to provide certain information to INDECOM."

INDECOM said its commissioner chaired a meeting at its head office on June 6, 2013, which was attended by Witter, to discuss protocols for the analysis of ballistic material related to the enquiry into the 2010 police-military operation in Tivoli Gardens.

The commission said several letters were subsequently written to Witter reminding him of agreements arrived at during that meeting, but to date, it has received no response.