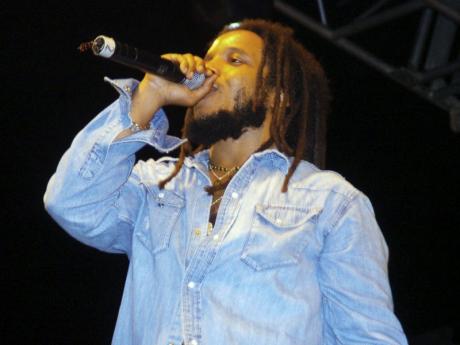 Declaring the 'fruits ripe' on his official Twitter page on Tuesday, Stephen 'Ragga' Marley tweeted the release of his new single, Rock Stone.

The new track will be featured on his upcoming album The Revelation Pt 2: The Fruit of Life.

The single which had its official premiere on speakeasy.com sees the famous Marley exploring new dimensions. In addition to being an exploration of the EDM genre, the new track features a collaboration with fellow entertainers Capleton and Sizzla Kalonji.

The album is the follow-up to the 2012 Grammy-winning album, Revelation Part 1: The Root of Life.

In the interview with Speakeasy, Marley said the album is a brilliant blend that will prove Jamaican music a "force to reckon with."

"The new album is a collaborative project that blends all genres from hip hop to even EDM, but its foundation is reggae music, and this meeting of the minds between Sizzla, Capleton and myself is living proof that Jamaican music is a force to be reckoned with," he said.

According to his official website, stephenmarleymusic.com, Marley is set to begin his promotional tour beginning April 12 in St Petersburg, Florida. The tour is expected to pass through several states including California, Colorado, Wisconsin, Washington, DC, and Philadelphia, before ending in New Orleans, Louisiana, on May 24.