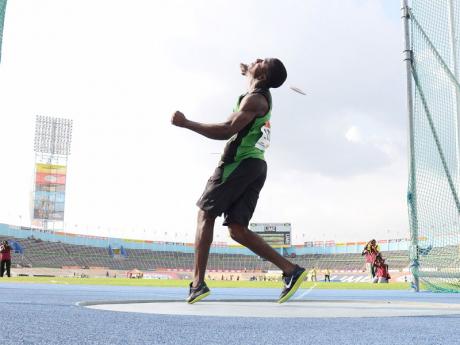 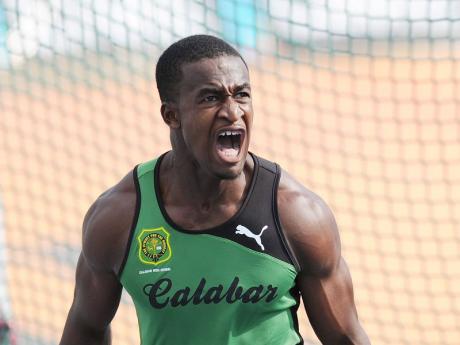 Bingham is pumped up on his way to victory. - Ricardo Makyn/Staff Photographer 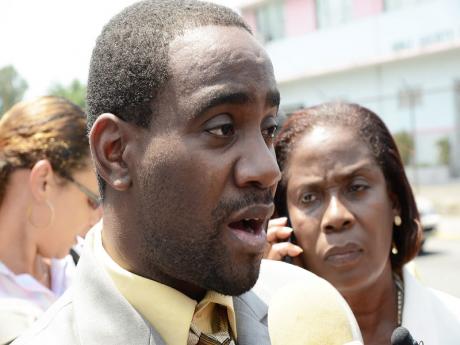 Kern Spencer speaks to journalists after his case was thrown out. - Rudolph Brown/Photographer
1
2
3

You probably think that I'm going to speak about the delayed assigning of the 'World Boss' to what could be more a chapter than a sentence. However, Justice Lennox Campbell is one of Jamaica's brightest and fairest legal minds.

Thus, apart from simply saying that he will pronounce justly, I won't even say, "i-yeu!" Kartel from Kalabar, and krew kommitted the krime and right now, he has to step "up to the time!" Moreover, it is the jury of his peers, people more downtown than uptown, who found him guilty.

In another case, 'youth', People's National Party (PNP) former Member of Parliament Kern Spencer, after six years of sweating and tying his trousers legs, walked free, along with his one-time assistant Colleen Wright. The two had been charged for financial impropriety and money laundering, stemming from the Cuban light bulb programme. It was an intriguing matter, where large amounts of money were quoted, and to the uniformed non-lawyer onlooker, the figures might have seemed inflated because they were in Spanish. Nonetheless, a very strident and petulant Director of Public Prosecutions (DPP) Paula Llewellyn went to the High Court and succeeded in her bid to not testify, and had a big testy battle with Resident Magistrate Judith Pusey.

Following no-case submissions by the defence, led by none other than K.D. Knight, a legal wizard who was already a seasoned lawyer when Pusey's twin, Jacqueline, was burning up the track at Girls' Championships 40 years ago, it was ruled that Knight was right. It is unimportant that the learned DPP is flabbergasted that the judge, who showed no pusillanimity during the trial, sided with the defence. That is the nature of law - in judicial matters, one side has to win and the other lose. And this is what happens irrespective of how brilliant each team of lawyers is. That is why I believe that disputes between lawyers - trials - must be determined by experienced lawyers. Judges, and not a set of persons, some of whom might be brighter and more educated than the judges and lawyers in their own right, know less law than the 'duncest' lawyer or most incompetent magistrate.

Anyway, enough of the area in which I am a layman, let's talk some sociology. The lesson learned is that somehow, we have to take responsibility for the way in which our youth are raised. True, Kern was not found guilty of any legal offence, but clearly, something was wrong with his stewardship. His former supervisor, Phillip 'Youthful Exuberance' Paulwell, had remarked, "I thought Kern could handle it!" as poor Spencer began to wear a vice for underwear. It is the same Kern who had been guild president at the University of the West Indies in the mid- to late 1990s, and after he and his colleague Basil Waite had served consecutive tours of duty, there were frequent queries about the culture under which the guild was being run over the years.

The point here is that the bad habits which led to his being dragged over the coals might have been unwittingly encouraged because older, more responsible mentors did not keep a closer eye on him, as he was growing up politically.

It is very much the same for Mr Adidja 'Vybz Kartel' Palmer. He had the opportunity to attend one of the best schools in the country, Calabar High. The great Rabalac is an enigma, because in one year it won the athletic championships, the Schools' Challenge Quiz and figured prominently in Manning Cup football, though not quite to the level of missing Champs participant St George's College. Still, with a cadre of prominent alumni from all fields, including the impeccable, "I'll be back" P.J. Patterson, former prime minister of Jamaica, someone should have taken him under their wings from when he was an errant schoolboy or even after he disrespected the 'original, gold-teeth, gun-pon-teet' Don Gorgon at Sting a few years ago.

You see, I point fingers, and certainly not the index ones, at the myriad Calabar, Kingston College, Jamaica College and other old boys who packed the National Stadium Friday and Saturday, with the sole intention of reliving their own yesterdays and living vicariously through the young athletes whom they don't care a damsel's ashtray about. For three days, these grown men, with beer bellies and in fan T-shirts so tight it looks as if 'trouble tek them', get drunk on their ego trips, without any real concern that some might be destroying their prospects as senior athletes.

The annals of Jamaican track and field are littered with stories of young men who appeared at Champs, strained muscle and sinews in trying to wrest or retain the Mortimer Geddes Trophy. Where are Wayne Fenton, Ali Watson, Rudolph Mighty and Karl McPherson? Can you imagine what would have happened to the fragile Asafa Powell, Jermaine Gonzales or Usain Bolt had they gone to 'Champs schools'.

I'm willing to bet that 90 per cent of the wagonists never attended the Carifta trials three weeks ago, or in other years for that matter. This is the discontinuity in the interest in our youth, which is reflected at all levels of the society and in all spheres. I did not attend Champs, but I went to the Carifta trials and the Milo Western Relays, where real track and field fans were. And here I blame the JAAA and those entities which recognise sportsmen and women annually.

Did anyone notice that the Jamaican Youth team won the World Championships last year? They topped the medal table with six gold medals and set two world records and a championship record. Our youth hold world records for the male 200 metres, female 100 metres hurdles, male and female medley relays, and if Jaheel Hyde had run 0.01 second faster, he would have joined the list.

We keep focus on the big sons but lose sight of the little stars.