The Flexi-week Act made simple 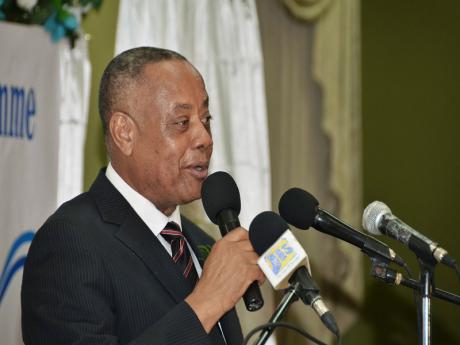 The Employment (Flexible work arrangements) (Miscellaneous Provisions) Act, 2014 was tabled in Parliament last week, confirming the intention of the Government to lead the charge to introduce the "flexible work-week" concept in Jamaica.

The bill is not all-inclusive, however, and would not apply to much of the vast civil servant population, such as the courts. I think this is unfortunate. It has taken Jamaica a while to get to this point, and the necessary industry should have been employed to ensure that an all-embracing legislation be put before Parliament.

Nevertheless, there are many areas which the current bill speaks to, that will touch and impact the lives of the ordinary worker, some of which we will explore today.

I have long lamented the fact that on Sundays there are so few shopping establishments open. As such, it is near impossible to use a Sunday to catch up on any shopping not crammed into Saturday. Hopefully, the proposed changes to the Shops and Offices Act, incorporated into the bill, will result in stores not only having longer opening hours weekdays, but also opening on Sundays.

Whereas currently there are various restrictions under the Shops Regulations, on the hours during which shops can be opened, the bill repeals those restrictions and provides that shops may open on any day without restrictions as to hours.

Additionally, under the bill, the restrictions on the hours which persons employed to the various classes of shops can work have been removed altogether or amended to facilitate longer opening hours. As such, the passage of the bill would see the closure of shops downtown on Wednesdays at midday, and shops uptown on Thursdays at midday being a thing of the past.

Sunday betting is here. Currently, the Betting, Gaming Lotteries and Lotteries Act prohibits licensed premises from being open on Sundays. Under the bill, this restriction goes. I imagine, much as they did with Sunday horse racing, the Church will have some issues with this proposal.

Under the Holidays with Pay Order of 1973, Sundays and public holidays were excluded from the calculation of holidays with pay (more commonly referred to as vacation leave). Under the bill, however, it is being proposed to remove 'Sundays' from the mix. The net effect of the proposed change is that affected workers would get fewer vacation days for the same remuneration.

The bill also proposes amendments to the National Minimum Wage Order of 1975 (the Order) to clarify that the national minimum wage for workers, other than household workers, will be calculated by reference, not to an eight-hour maximum workday, but to a 40-hour maximum workweek.

The situation of household workers will see a marked change when the bill is passed into law. The bill replaces the complex tiered payment which currently obtains and proposes, for weekly workers: $5,600 per week for the first 40 hours of their normal workweek, and $210 per hour for any period of work in excess of 40 hours during the week.

The proposed changes may turn out to be a welcomed break for employers of household workers. This against the backdrop that such employers would then be able to negotiate with their household workers for 'rest days' to fall on weekends, and not have to pay premium weekend rates, as currently obtains. A household worker who is asked to work on her rest day would, however, be paid at a premium rate, even if this falls in the middle of the week.

The bill amends the definition of overtime work for various industries to exclude work done on a Sunday or in excess of eight hours on a given workday. Affected industries include the baking, garment making, catering and hotel trades, to name a few.

A welcomed provision of the bill is the repeal of the Women (Employment of) Act (The Act). A most outdated bit of legislation, the Women Act seeks to curtail the employment of women in certain types of industries at night. The act also empowers the labour minister to make regulations restricting or prohibiting the employment of women in any specified class of industrial undertaking, or before or after childbirth, amid several other egregious powers reserved to the minister.

We endorse the move to repeal this act, with our only regret being that its repeal has been tied to the passage of the 'Flexi-week Act'. Jamaica's history with the length of time it takes for bills to be passed is not an admirable one. As such, it is most regrettable that the repeal of the act must also make the journey, hand in hand, with the bill before it, too, can see the light of day.