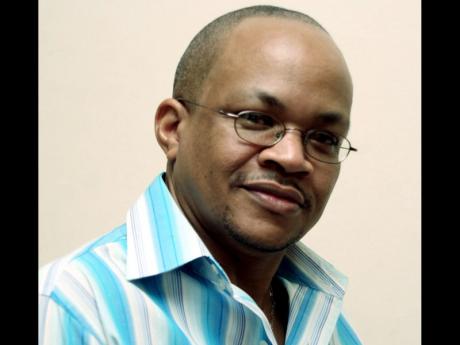 A few weeks ago, I wrote an article titled ‘The Gay Thing’, in which I discussed the negative attitudes towards gays in Jamaica. At that time, the bigots, religious zealots and hypocrites came out in droves, with one of them stating that I, along with the gays, should be stoned to death "like in the days of the Bible".

I had planned to continue the discussion the following week, with an exploration of the other side of the gay-rights issue, the activists and the advocates, but did not want to appear to be attempting to appease the hatemongers who spewed venom in response to the original column. But no fair and balanced discourse on the issue would be complete without addressing the behaviour of some of the activists in the movement and the manner in which they deal with those who are not aligned with their agenda.

I am very liberal regarding my views on gay rights. I reject discrimination against members of the lesbian, gay, bisexual and transgender (LGBT) community, think that the buggery law should be repealed, and have no issue with gay marriage. Let's face it: Heterosexuals have made enough of a mess of marriage, with divorce, separation, adultery, outside children and ‘jackets’ being more routine than exception.

But just as I have a right to express my opinion, so do others whose views oppose mine, especially if they are expressed rationally and respectfully. And herein lies the problem. As far as some gay activists are concerned, anyone who disagrees with their agenda is a homophobe, their utterances are hate speech, and steps are then made to sabotage their careers or businesses. So, if someone simply says that they believe that the term ‘marriage’ should only be used to describe heterosexual unions, or that they think that homosexuality is unnatural, they are targeted.

I have been writing poetry, comedy and sharing material dealing with politics, religion and other social issues on Facebook for several years without incident. I have even posted comedy sketches where I have lampooned some of our political leaders and have never received any flak. The first time that I was ever dissed on Facebook, however, was after I shared a poem that I wrote titled ‘Straight Rights’, in which I spoke about the incident with Queen Ifrica at the Grand Gala where she endorsed heterosexuality and asked that the buggery law not be repealed.
I stated that I thought that that was not the time or place to make such statements, but also remarked that attempting to get her work permit revoked was unfair and that some of the activists are the new bullies in the schoolyard. One of my Facebook ‘friends’ then became very unfriendly and disrespectful, insulting and berating me on my wall. Later, when I posted the poem on another wall, I was inboxed by another ‘friend’ who asked me why I posted the poem again, and was obviously not pleased about it.

It appears that freedom of speech is a freedom that some of these activists only champion for themselves, as they attempt to punish and destroy critics and dissenters. The irony is that this type of intolerant behaviour alienates potential allies. Many heterosexuals are sympathetic to the cause but at the same time feel intimidated. People cannot be expected to change their attitudes overnight, and beating them over their heads with big sticks will only cause resentment and more resistance.

My own tolerance took decades to develop, beginning with a discussion with a relative of mine who I discovered was gay when I was a teenager, and continuing with interactions with lesbian patients of mine and their partners, some of whom have been harassed and have had their lives threatened. It took me a long time to not cringe at the sight of two men holding hands, and ten years ago I would not even have entertained the thought of gay marriage.

So widespread tolerance and acceptance will not occur with any urgency. Certainly, remarks that encourage violence against, and marginalisation of, LGBT persons are to be condemned, but tolerance needs to be exercised on both sides.