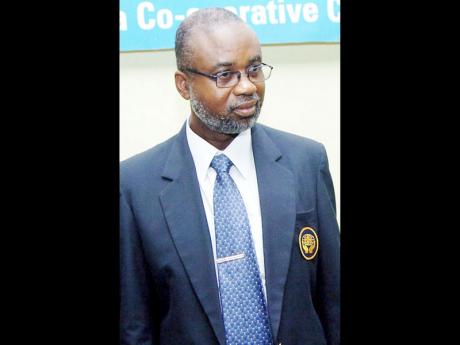 The Bank of Jamaica (BOJ) said Tuesday that it views the credit union sector as differing significantly from other deposit-taking institutions currently under its supervision, and will not impose a one-size-fits-all set of regulations on the discrete group.

The BOJ has been designing a regulatory regime for the unions since 1999.

Within that time, the central bank has engineered several modernising changes for other deposit takers, including the restructuring of financial conglomerates and, more recently, draft legislation that seeks to synchronise and improve supervision of commercial and merchant banks as well as building societies.

The omnibus banking bill is now said to be due for passage in Parliament soon, having missed its March 2014 deadline.

The credit unions, including 43 which fall under the umbrella of the Jamaica Co-operative Credit Union League (JCCUL), had assets of J$75.56 billion as at September 2013 - the last data set provided by the central bank on the group - and membership of 999.303 million. The other deposit takers supervised by the BOJ had total assets of $977.15 billion at December 2013.

On Tuesday, the central bank said that regulations affecting the credit unions could not be integrated into the new law being fielded for the remaining deposit takers saying it would be unfair to impose advanced standards on credit unions, at this time.

The position indicates a softening of its previous tone regarding new conditions that the central bank had proposed for what are essentially small community banks, leading to push back from the sector and delays in bringing its players under the central bank's umbrella.

JCCUL General Manager Glenworth Francis confirmed that the issues had now been settled.

The parties have also made progress on the minimum capital requirement, which the BOJ had recommended be set at $5 million.

"We have reached a compromise on which discussions will continue outside of the regulations," said Francis, but added that he was not at liberty to say the nature of the compromise.

LAWS TO BE AMENDED

For other deposit takers, which include commercial banks, merchant banks and building societies, the omnibus banking bill will amend and consolidate several older laws - the Banking Act, Financial Institutions Act and the prudential regulation provisions of the Building Societies Act - into one governing act.

The legislative framework credit union regulation was established separately from that governing other banking groups based on a number of factors that include "the acknowledgement and recognition of the unique nature of credit union operations in Jamaica and elsewhere in the world, particularly in terms of average size of operations, types of exposures and governance systems which involve reliance on volunteerism from their member-owners," said BOJ.

"Given the acknowledged differences in the operations of credit unions, it would not be practical to impose these upgraded framework requirements on credit unions at this time."

The central bank told the Financial Gleaner that the drafting of the BOJ (Credit Unions) Regulations is still being finalised and will incorporate "positions settled in consultation with the credit union subsector up to the end of 2013".

That will be followed by implementation of the licensing regime for the sector "once the regulations and amendments to the Co-operative Societies Act have been enacted".

BOJ said the timeline for finally bringing credit unions under its regulatory umbrella will largely depend on Government's legislative agenda, but anticipates no particular hold-ups.

"Save and except for the usual challenges in enacting new legislation in a timely manner and thereafter the sector's achievement of full compliance with the regulations, including with the enhanced reporting and operating criteria thereunder, no major difficulties are anticipated at this time," the central bank said.