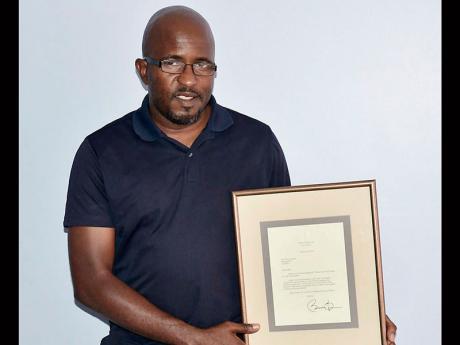 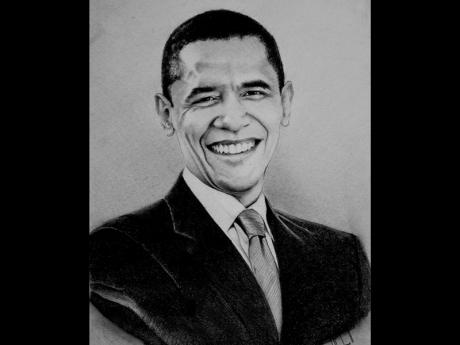 This smiling portrait depicting US President Barack Obama is the creation of artist Jeffrey Samuels. - Contributed
1
2

IN THE current technological era, communication by letter is considered outdated. However, for Montego Bay-based artist Jeffrey Samuels, a personally signed letter of gratitude from United States President Barack Obama is arguably his most prized possession.

In 2008, Samuels was among the many persons around the world who got swept up in the euphoria of Obama's presidential victory, and he decided that he needed to use his artistic skills to mark the event in a significant way.

Samuels immediately went to work, sketching a portrait of the president. He then spent the next five years seeking out various avenues to have the drawing delivered to President Obama.

"I felt a strong sense of pride when President Obama was elected to the White House. Suddenly, the impossible became possible and history was instantly created ... . I wanted to be a part of this history, I wanted to record that I was present at the time and doing the portrait was my way of reminding myself," Samuels said.

He confessed that, during the time he spent waiting for Obama to receive his portrait, there were several instances when he felt like giving up and simply selling the portrait to art lovers who had fallen in love with the drawing and wanted to purchase it.

However, Samuels said he refused to sell it because he always had the feeling that one day his prized artwork would make its way to the White House and into the hands of Obama.

While in conversation with the Budds, Samuels found out that they were prolific Obama campaign donors, so he decided to solicit their help in having the portrait delivered to Obama.

Fast-forward to April 2014. Samuels is now an artist on cloud nine. He is the proud recipient of a letter from President Obama, thanking him for the portrait.

"Mission accomplished!" said a beaming Samuels in an interview with The Gleaner earlier this week. "I feel very proud that my tenacity finally paid off, knowing that I had been trying since 2008 and I had not given up."