Flexi-week no threat to workers, worshippers 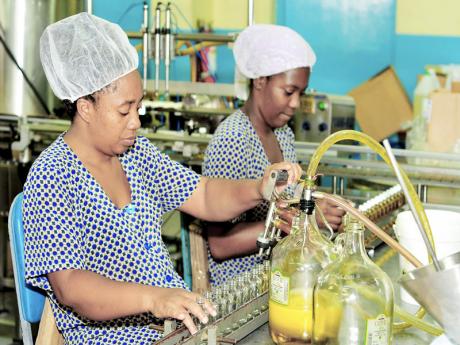 Flexitime is a topical issue that still has grey areas for some sections of the public. I would like to share my understanding of the issue in the context of the Green Paper on Proposals for the Introduction of Flexible Work Arrangements and also the Jamaican Constitution.

The Green Paper on Proposals for the Introduction of Flexible Work Arrangements on Page 7, under the heading 'Flex-time', defines the term or schedule as follows:

"This schedule incorporates the traditional 40-hour week (that is Monday to Friday), but arranges them differently. The employer establishes a band of time called core time, during which all employees need to be in the office, typically between 10 a.m. and 2 p.m. Flexible time bands are the hours of the workday schedule within which employees may choose their time of arrival and departure."

It should be borne in mind that the maximum working hours in a day will be capped at 10 hours. So it is conceivable that a person may choose to work from, say, 6 a.m. to 2 p.m. Monday to Friday, which would give 40 hours per week, or the person could work from 6 a.m. to 4 p.m., or 6:00 a.m. to 6 p.m., or 8 a.m. to 8 p.m., or any combination on which the employee and the employer agree. So, working 10 hours per day for four days, Monday to Thursday, would satisfy the 40 hours. Persons could then have Friday, Saturday and Sunday off. This is referred to as a compressed workweek.

The Green Paper also makes it clear that "the provision of rest day(s) will remain an essential part of the workweek. Under the proposal in the introduction of flexible work arrangements, rest day(s) will vary from one to three days, depending on the agreement negotiated between worker and management".

It is, therefore, conceivable that rather than erode family life or spiritual well-being, if flexible work arrangement is implemented in a spirit of mutual respect and tolerance, especially having regard and taking account of the citizens' fundamental rights to the freedom of conscience, churches ought to be bursting at their seams with congregants and the offering plates should be overflowing as the prospects of more employment would loom large.

I am, however, mindful that we live in the real world and that there are some employers who may want to apply the arrangements capriciously and in a discriminatory manner.

However, it is my considered view that the bill laid before Parliament strengthens the citizen's right to religious freedom and worship and that an employer cannot, and ought not, force, whether through threat of termination or otherwise, an employee to give up their rest day, which could very well be their worship day. However, the rest day and the worship day need not be one and the same, as an employee could have up to three days off.

The matter becomes one of scheduling, which is not rocket science, and there are a number of features of the policy which allow for flexibility in this regard. There is flexitime, part-time work with benefits, telecommuting, job sharing and, of course, the compressed workweek, which was already discussed.

What the bill (titled an Act to Amend Provisions relating to hours and days of work in several enactments in order to facilitate the implementation of flexible working arrangements in Jamaica, and for connected matters, shortly entitled the Employment (Flexible Work Arrangement) (Miscellaneous Provisions) Act, 2014) seeks to do is to remove the impediments to businesses opening on what were considered premium days for the payment of overtime and, in most instances, the payment of double time.

These pieces of legislation include:

In the final analysis, the Constitution of Jamaica protects the right to worship, it protects implicitly the day of worship. Even those members of the essential services have that constitutional right and are entitled to it. It is for them to decide whether they work or not, and like any good Samaritan will let their conscience guide them in the right direction.

It is not for men to fetter the conscience of other men, nor for employers to dictate to em-ployees. That would be slavery.