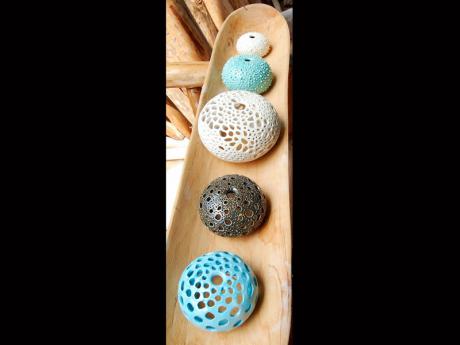 A few of Silvera's sculpted urchins in a bowl. 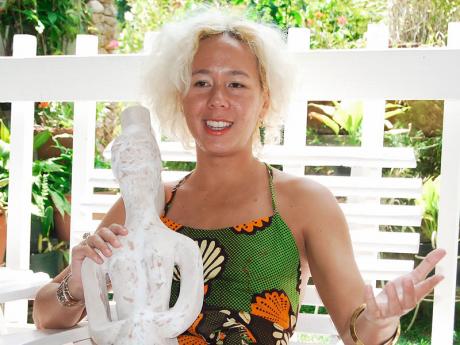 Victoria Silvera holds what is to become an Eggungun lamp. 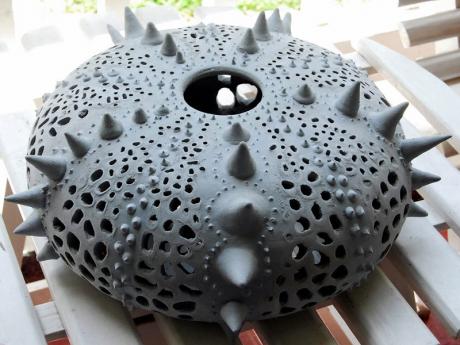 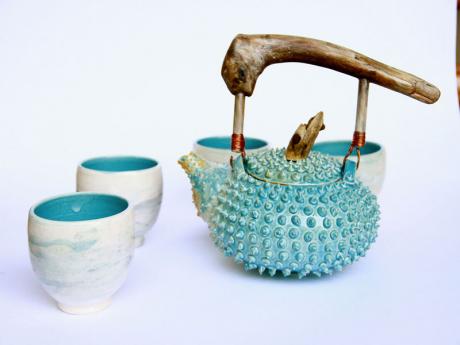 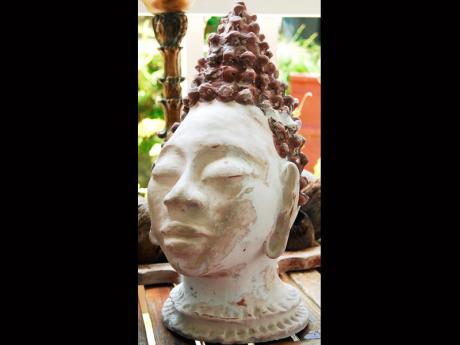 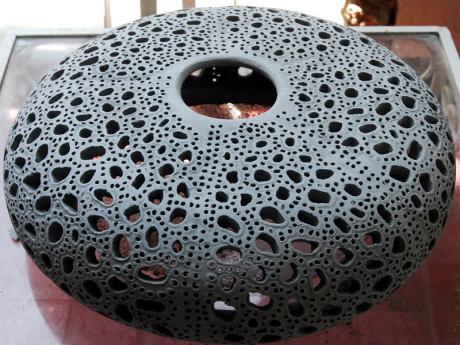 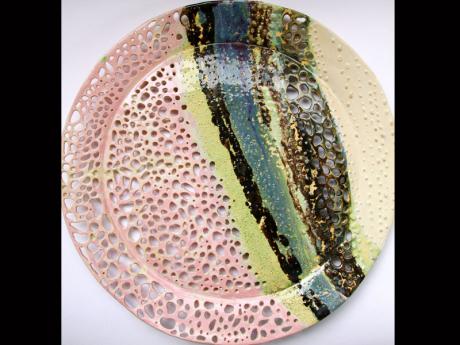 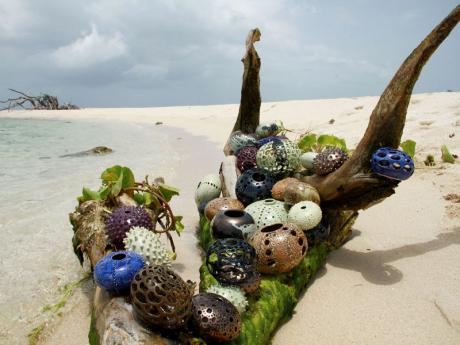 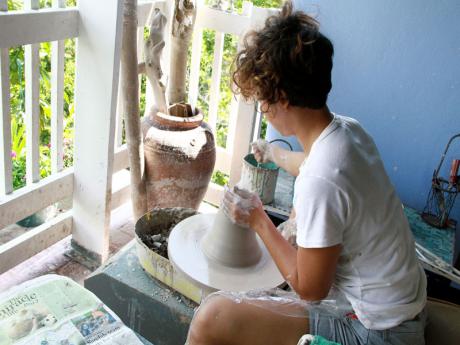 If you don't follow your true passion in life, you will never be happy. Sculptor Victoria Silvera can testify to that.

"When it comes to your passion, if you don't follow it, it will haunt you and you will always question why you never did it," Silvera told Outlook, as she spoke to us about what drove her back to her first love - art.

Silvera had always loved art and even wanted to sit it in her Caribbean Examinations Council examinations while attending Immaculate Conception High School. But her parents encouraged her not to. When it came time for college, Silvera travelled to the United States to study film at Swarthmore College.

"I started college doing film. The thing is, I kept doing art electives and ended up being short on film foundation credits, so I just made the switch," Silvera revealed.

The highlight of her art journey was her final exhibition. Her college had a gallery system where final-year students were given one week to showcase their work in the gallery.

"I did a giant sculpture with 100 birds around it. I was so proud of it," said Silvera.

While she had that over-the-moon experience, her journey was anything but a fairy tale. She had her fair share of stumbling blocks that sidetracked her dreams. "I was persecuted a bit for being apparently 'too political' and even had one of my lecturers cut up my work without my permission," she told Outlook, the hurt still evident in her voice.

It was through these experiences and persecutions that Silvera decided to lock her dreams of being an artist away and try film once more. "I just did not want to do art anymore. I was a bit traumatised. It is not that I believed that it would be easy, but I just believed that the people I dealt with were too hypocritical and, if that was what art had become, I did not want to be a part of it," she said.

Silvera went on to do her master's in the field that she had started her bachelor's - film. She was excited and hopeful, but unfortunately again, disappointed. Her heart was not invested in it and working for corporate organisations was far from fulfilling. The high lay-offs and the low possibility of actually being able to film a movie dampened her spirits. So, after losing her job, Silvera decided it was time to go home.

She returned home with hopes to do film, but again, found herself dabbling in art. "I came back with intentions to do film. I thought that I knew more people here, so it would have been a bit easier to do movies, but it did not work out as planned, and I just got tired of waiting for something to happen. I found myself doing art, taking courses again and volunteering with Mustard Seed," explains Silvera.

She started to feel like herself again. She told us she owed a lot of it to Patrick Hall who took her under his wings. "He taught me so much with carvings and cut outs. I could not but be grateful to him." She went back to doing things that she said she has done all her life. She felt like an artist again.

While art was still a hobby, it was while
showcasing her work at an art fair at Devon House that she realised that
her urchins were special.

"I did normal teacups and
stuff, along with some urchins and more abstract pieces, and all the
normal things were left at the end. Everyone loved the urchins. I was
really surprised. I did not know they would have been received so
well," said Silvera.

That was the beginning of her new
journey. She is now working on her Urchin collection. Inspired by the
sea, the urchins look like the real thing that Silvera sculpts, moulds
and decorates with her two hands. "I create some of the spikes for the
Urchin Gargantuan (the giant urchins) on the wheel, because they are
big, but all the others are hand squeezed. I put the clay in an old dye
bottle and do them one by one," explains the
artist.

Though it is hard work, Silvera enjoys putting
all the details in every creation.

"I love things
with texture, repetition, and I think that is what inspired me for this
collection," she said. These pieces are versatile. Some are used as
accent pieces and the ones with multiple cut-outs as candle shades. She
has also made teapots a part of this beautiful
collection.

Silvera is not restricted to this
collection. She has also sculpted a Buddha piece and eggungun lamps that
people also have fallen in love with.

Her
pieces are available at Island Art and Framing and she will also be
having a sale today at 17 Hibiscus Drive. Orders can also be made
through her facebook page:
www.facebook.com/TouchByVLS
or email:
touchbyvls@gmail.com.
Collection can be viewed at
touchbyvls.com.