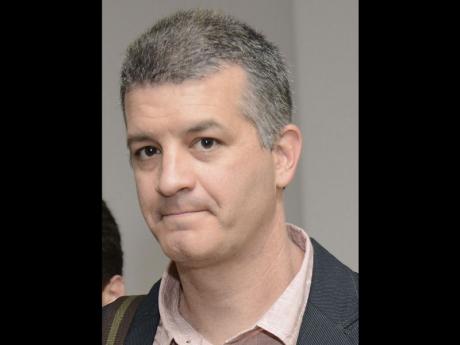 Agent Paul Doyle has blasted the Jamaica Anti-Doping Disciplinary Panel for its 18-month ban on his client, Sherone Simpson, following her doping violation hearing which concluded with the verdict on Tuesday.

Reacting to the penalty, which was announced at the Jamaica Conference Centre on Tuesday after a nine-month process following a failed drug test at the National Senior Championships, where the banned stimulant oxilofrine was detected, Doyle, labelled the ruling excessive and criticised the panel for a lack of proficiency.

The agent also shared that Simpson has been left angry and distraught following the ruling, noting particularly that despite the lengthy proceedings, his athlete still did not receive a written explanation from the panel of how it arrived at its decision.

"I think its certainly a very harsh, extremely harsh ban for a first offence for a minor stimulant violation. It's unheard of with as much evidence as we had with the contaminated supplement, which was no fault of the athlete's, and to get an 18 month ban is ridiculous in my mind and extremely unfair," steamed Doyle during a telephone interview yesterday.

Simpson, a 100m silver medalist at the 2008 Olympic Games in Beijing, China, will not be eligible to compete until December of this year, after being provisionally suspended since failing the drug test last June.

"This should be a public warning to three months; possibly six months, but certainly no longer than six months for this type of situation," Doyle argued.

"Sherone is angry and particularly angry that there is no written explanation. They had more than two months to deliver it since the hearing ended and to come with this ban and say 'Oh we will get that to you' is ridiculous in my mind," Doyle added. "They need to be more proficient and need to get their act together. They have to do things in a timely manner; this is something that has gone on for nine months, and now we have to start our appeal process."

"This quite honestly should have taken no more than two months from the very start. This is something we should have been done with from September of 2013, and if we had to appeal then, we would be into October and November. Certainly this is not something that should have come into 2014 and we are now going into halfway through the year," Doyle continued.

"These athletes are athletes that are training hard, getting ready. They made one mistake because of a mislabelled supplement bottle and they are being punished beyond belief, but we will be going to the Court of Arbitration. There is no way we can let these athletes be taken advantage of like this," said Doyle.

Asafa Powell, another client of Doyle's, will learn his fate today after also failing a drug test for the same substance at the same championships.

In separate cases, both athletes testified that the substance was ingested through the supplement Epiphany D1, which they started taking shortly before their positive drug test and which did not have it listed on the packaging.