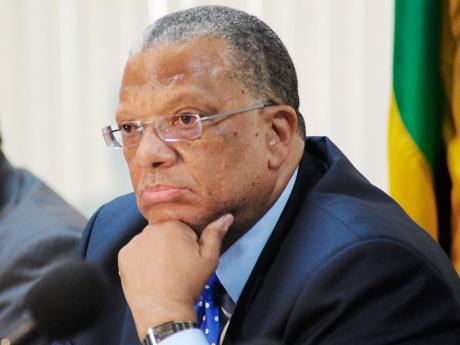 The finance minister is to be stripped of the responsibility of appointing the governor of the Bank of Jamaica (BOJ) and will also lose the power of having direct responsibility for the monitoring of banks and other regulated financial institutions on the island.

An omnibus banking bill, which is a requirement under the International Monetary Fund (IMF) programme, provides for the BOJ governor to now get the power to grant or revoke licences to deposit-taking institutions.

This would bring the BOJ in line with the Financial Services Commission, which is empowered to grant and revoke licences for the institutions it supervises.

The bill, which was tabled in the House of Representatives recently, proposes that the BOJ Act be amended to allow for the governor to be appointed by the governor general for a period not less than seven years.

However, the minister with responsibility for finance may recommend to the governor general that the governor may be removed for, among other things, failing to adequately discharge the functions of his office or failing to ensure that the bank achieves its targets.

Youla Grey Baker, president of the Association of FINSAC'd Entrepreneurs, told The Gleaner yesterday that the development was a positive one but added that the State may have been pushed by the IMF to make the amendment because of the events surrounding the collapse of the financial sector in the 1990s.

"In the early stages of the FINSAC enquiry, BOJ, in their testimony, said there were certain recommendations that were made to the minister that were not acted on," Grey Baker recalled, adding that the financial sector collapse might have been prevented if the BOJ's recommendations had been acted on.

"I don't think that this Government would have made such a decision without pressure from elsewhere," she said.

FINSAC, or the Financial Sector Adjustment Company, was a government entity created to bail the financial sector out of its state of free fall. The final cost to Jamaica to right the system was estimated at 44 per cent of GDP.

Jamaica must pass the omnibus banking law, which seeks to harmonise existing legislation for commercial banks, merchant banks, and building societies, by May. If passed, the new law would see Jamaica embracing the international standards on banking supervision. This will have implications for areas such as licensing and fit-and-proper determinations.

Further amendments to the BOJ Act are also proposed that would vest the central bank with the responsibility and power to conduct macro-prudential oversight.

Under the new framework, a supervisory committee is to be constituted to assist the governor with matters such as the granting and revoking of licences. The committee will also be responsible for determining whether a person is fit and proper, and possesses knowledge, skill, and the experience that are necessary for the intended functions to be carried out by the individual.

The committee's job will also include the development and enforcement of the code of conduct and setting standards of best practices for licencees.

The committee, however, is bound to secrecy and may only disclose information regarding the operations of a deposit-taking institution to the minister, or his nominee, the governor or deputy governor, any office of the supervisory department, and prescribed regulators.

An appeals committee, known as the supervisory appeals board, is to be established. It will hear matters brought by aggrieved parties as long as notice is given within 28 days of a decision being handed down by the supervisor.