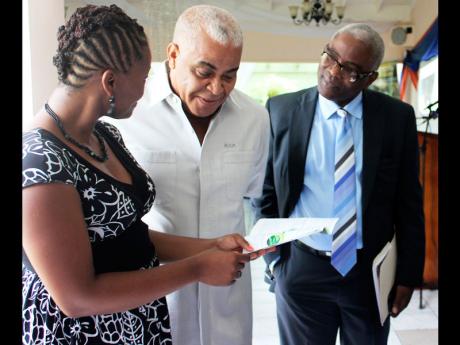 JAMAICA IS now more prepared to handle and manage the protection of its native plants and animals as a result of extensive work of a recently concluded project implemented by the National Environment and Planning Agency (NEPA).

Over the last four and half years, NEPA, through the project Mitigating the Threat of Invasive Alien Species in the Insular Caribbean (MTIASIC), developed a number of strategies to lessen the threats being posed to the island's terrestrial, freshwater, and marine ecosystems from invasive alien species (IAS). IAS are plants, animals or microorganisms introduced deliberately or unintentionally into areas where they do not occur naturally.

Nelsa English-Johnson, MTIASIC project coordinator at NEPA, said these strategies included developing a National Invasive Alien Species Strategy and Action Plan (2014-2020) to guide policies, legislation and regulations in the management of IAS over the next six years.

The trade of pets

The project also developed a Pet Trade Pathway toolkit, which is aimed at addressing the pet trade, one of the major pathways through which IAS are introduced into Jamaica. Through regional workshops, the project helped to develop a regional IAS strategy where Jamaica led on developing the freshwater and marine components of the regional strategy.

English-Johnson informed that the project designed and implemented public-awareness initiatives such as the 'Eat It To Beat It Campaign', which was geared to stem the population of the lionfish.

"The project was able to increase the country's capacity to respond, control and manage IAS through targeted work such as controlling the invasive alien predators of the endangered endemic Jamaican Iguana and putting in protective measures in the Lower Black River Morass (Ramsar site) to safeguard against two freshwater plants and other animals which are negatively impacting the wetland of international importance," said English-Johnson.