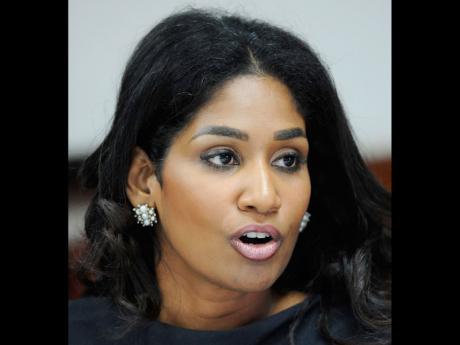 LISA HANNA, youth and culture minister, is facing mounting criticisms for her claim that the "sexual predatory" nature of the wards was one of the reasons for the closure of the residential-care facilities at Alpha Boy's Home in Kingston.

I heard that the minister announced publicly that the boys are preying on each other, sexually, said Everol Sting Wray, a past student of the home.

I am ashamed of the minister, as that is something that should have been dealt with internally. I think, personally, for Lisa Hanna to come out and put that out publicly; that is very irresponsible for a minister.

After spending six years living at the institution, from 1980 to 1986, Wray is testimony to the good that has come out of Alpha Boy's Home and credited the institution for steering him from a possible life of crime.

According to the internationally acclaimed musician, integrity of the home must be safeguarded.The history of Alpha is not known to be a homosexual school, so for the minister putting that out there, for an institution that is 135 years old, and to highlight that as one of the problems, thats her looking for a scapegoat.

Wrays comments came days before the administrators of the boys home charged that some comments about the planned closure of the residential facility have been disrespectful and caused great stress to students.

According to the administrators, since the announcements, the boys are being labelled homosexuals and a branded Alpha bus was stoned.

In announcing the planned closure of residential facilities, Hanna told a media briefing behavioural problems of the children have resulted in increased pressure on the operators.

The Sisters of Mercy cited the grave anti-social behaviour of children in the care system, the sexual predatory nature of the boys on one another, children who are witnesses of serious crimes, or are victims of heinous acts, and who are non-responsive to traditional interventions for which their institutions have been equipped to provide, declared Hanna.

The Sisters of Mercy have also indicated the incapability of human capital to respond to the many and changing faces of the issues being manifested. The challenge is further compounded by the high cost of care for each child, as a result of the more extensive interventions required, which is beyond the capacity of their resources, thus limiting its ability to meet basic operating demand, added Hanna.