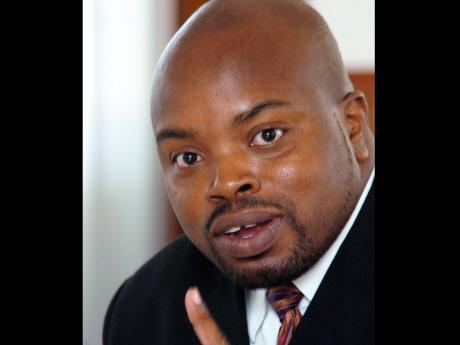 I read Ian Boyne's article with interest as he sought to tell the Church to sit back and relax because flexi-week is upon us. I, however, have a fundamental disagreement with the idea of relaxing while flexi-week dances her way into law in Jamaica.

I fully understand that flexi-week is part of our International Monetary Fund arrangements, and that it will assist us economically. I want Jamaica to prosper economically. When well-thinking Jamaicans speak about fixing flexi-week and holding its architects to checks and balances, they are not to be dismissed as religious zealots who are not economically astute.

Frankly speaking, flexi-week can be a dangerous thing if not enshrined properly. I give you an example. A couple of years ago, a well-established businessman in May Pen received a letter from the police. The letter indicated that he should cease opening his business on Sundays. Laws were cited in the letter to give force to the demand. He stood resolutely and refused to close business on Sundays. They eventually backed off, and today he operates his business freely.

The shocking thing about it is what he subsequently discovered. The genesis of the letter was a petition signed by well-known ministers of religion in the parish of Clarendon. So this matter is not about whether things are going to be changing for better or for worse for Sabbath keepers. It's about Government, in the process of establishing a law, showing "true respect for all".

Desmond McKenzie, while serving as mayor of Kingston, threatened to enforce the act forbidding construction work on Sunday. That is just recently. I am not addressing the remote past. So my bone of contention is that there should be no inflexible time (day) in Jamaica's flexi-week law. The Sunday laws (Lord's Day acts) that are still on our books must be expunged from the law, thus giving every Jamaican a level playing field in which to live and work and pursue happiness.

When Church and State got in bed together and dreamt on the pillow of their own convenience that Sunday was to be sacred, they made laws to fulfil their fantasy. Well, today, 15-20 per cent of Jamaicans are Sabbath keepers and do not believe that Sunday has any sacredness given to it by Scripture.

Let it be clear: If the Government wants a law to make persons stop working on Sabbaths (Saturdays), all well-thinking Sabbath keepers should vehemently oppose it. That is not Government's business. All persons, rich or poor, should be able to buy and sell and operate business without paying homage to the sacredness of Sunday or any other day.

THEY WILL WANT MORE

That's why I could not join the rally for an anti-sodomy law, because when they are successful, joining hands with Government to lock up the LGBTs, they will want more.

Rightly or wrongly interpreted, they will find another Bible text, and it's anybody's guess who will be next. I'd rather flexi-week enjoy 20 more years of discussion, than for Jamaicans to lose their rights to the liberty to flex and worship on any day they want to and work any day they desire.

It should be clear to all our citizens, tradesmen, labourers, helpers, manu-facturers, distributors, and retailers that we are clearing the books of all religious impediments and biases. Let's show true respect for all as we "stir response to duty's call" , as Jamaica flexes her way in the "advancement of the welfare of whole human race".