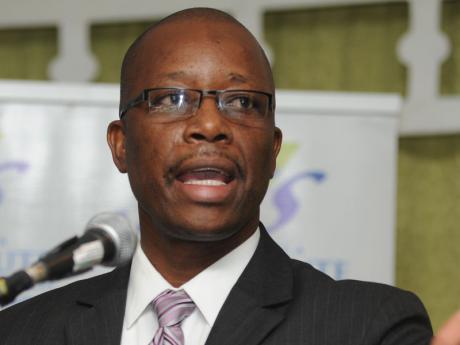 At least a dozen police personnel are being summoned to an anti-extortion unit within the Organised Crime Investigation Division (OCID), which yesterday reported that the criminal practice is burgeoning in major towns.

The additional police personnel will bolster the output of the anti-extortion unit.

They will increase the unit's numbers from "in the teens" to a desired 25-30 members, offered Senior Superintendent Clifford Chambers, OCID's head, yesterday.

"What we are doing is expanding the unit to better inform and advise the investigators about investigating methodology, the new means and ways through which persons are extorting individuals out there, and to empower them to build a more cogent case to take to court," Chambers told The Gleaner in an interview at the OCID headquarters in downtown Kingston.

"Part of the recruitment is moving persons from other units here at OCID to that unit, and we are also looking at good, capable, bright [outside] persons who can also join the unit," he said, explaining that new recruits would receive on-the-job training from senior investigators at the division.

The training, he said, would include case analyses, sensitisation of a new extortion investigation manual, best practices to observe when dealing with extortion, and practical street training.

The new officers will also be exposed to the intimate link between extortion and Jamaica's well-organised criminal underworld.

Chambers outlined that the police personnel's skills, areas of expertise, and experience will be considered in the selection process, and that OCID was also increasing the number of persons in its other units, such as Cybercrime, Anti-Gang and Human Trafficking.

The expansion is being funded by the Government and cooperating members of the business community, he said.

For years, the police's efforts to tackle extortion has been hindered by the dearth of business owners who are willing to report instances of extortion to the police.

According to Chambers, the bolstered team will employ new investigative techniques which will not necessarily require the involvement of business owners.

"We have incorporated all of these methods into our evidence-capturing processes and are showing these officers how they can be used to present the case in court, and by so doing, insulating even the store owner," he said, explaining that the new methods would include undercover agents posing as store employees, and the use of closed-circuit cameras and computer programmes.

Chambers declined to speak of any other methods, but explained that an undercover policeman acting as a store employee can be a key witness in the court of law.

"We have to be careful that we have enough evidence that can prosecute them for extortion-related offences. You have to have the giver, the receiver; you have to be able to link the receiver with the gang; and you have to find out the reason why it (money) was given. So it is not really as simple as it might appear," said Chambers, making reference to gang-based extortion, which is rife and sometimes deadly in sections of downtown Kingston and Spanish Town, St Catherine.

Chambers made it clear that the anti-extortion unit at OCID would not be responsible for investigating all reports of extortion islandwide. Instead, those experts will be charged with guiding and providing supporting intelligence to other police investigators probing extortion in their areas of jurisdiction. More serious cases, however, will be tackled by OCID.

In a recent Gleaner exposé about the origins of extortion in Jamaica, Francis Kennedy, the president of the Jamaica Chamber of Commerce, noted that the more than 1,000 wholesale operators in downtown Kingston are victims of extortion, and that the police do not have adequate resources to ward off extortionists around the clock.

Chambers conceded this fact, but said he was optimistic that with increased cooperation from the business community, as well as with greater investment in technology such as closed-circuit cameras, his team would be better able to defend them against extortionists who bilk as much as $300 million annually.