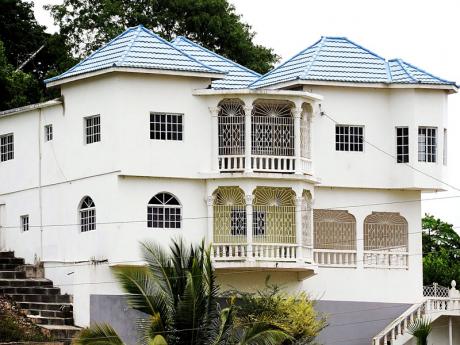 One of the houses initially reported as owned by 'Dudus'. 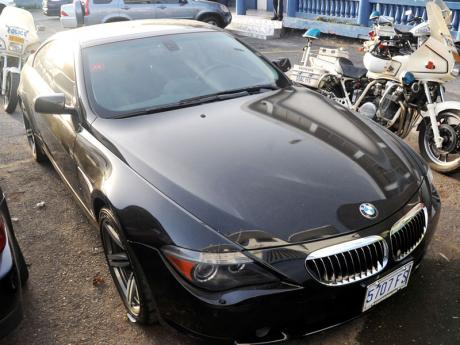 A BMW motor car seized from a man in west Kingston in 2010, which police investigators said then they believed was owned by Christopher 'Dudus' Coke. 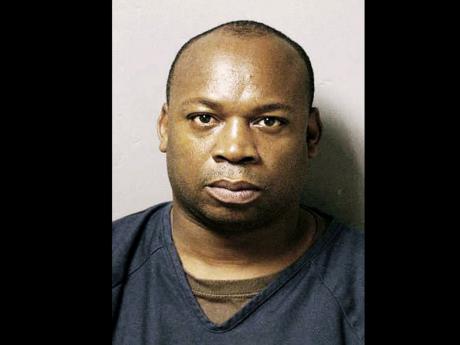 Despite Coke's reputed enormous wealth and his control of what is believed to be one of the largest illegal drug operations out of Jamaica, the Financial Investigations Division (FID) has so far found only bank accounts with just over US$300,000 (J$33 million).

"He was a very smart organised crime boss in terms of how he held his assets ... not directly in his name," one senior FID investigator told The Sunday Gleaner last week.

Chief Technical Director of the FID, Justin Felice, also confirmed that the investigators had found no proof of a $30-million mansion in Plantation Heights, St Andrew, owned by Coke.

According to Felice, they have found no evidence that the convicted crime boss owned any real estate, motor vehicles, or other assets.

However, Felice said the FID is going ahead with forfeiture proceedings in the Jamaican courts to have the money in his bank accounts turned over to the State.

Felice also admitted that the investigation has been "extremely complex and challenging" in light of the fact that Coke had legitimate income through businesses that he operated.

To underscore this, principal director of the FID, Albert Stephens, pointed out that the agency was forced by the courts to return millions of dollars in assets that were in the name of Coke's mother, who is now deceased; his girlfriend; and one of his companies, Incomparable Enterprise Limited.

Without pointing fingers, Felice lamented that the probe had been affected by the absence of timely critical information.

"If we would have been provided with better-quality information in a more timely manner, I think FID could have made more of an impact in seizing and restraining assets," the FID boss said.

Before his arrest and extradition in 2010, Coke lived a lifestyle reflecting wealth, spending lavishly at social events, and, based on the word of residents of west Kingston, giving generously to those around him.

But the source of the wealth has never been explained nor has anyone been able to quantify just how much the former strongman was worth.

He was also a director of Incomparable Enterprise, a company that received many lucrative government and private contracts.

It was alleged that he was the owner of at least two multimillion-dollar houses and several high-priced motor vehicles.

In the aftermath of Coke's guilty plea and 23-year prison sentence in the United States, the Americans have indicated that they will be going after his assets to collect the US$1.5 million (J$130 million) that district judge Robert Patterson ordered him to pay over to the State.

Patterson agreed with the prosecutors that the money should be forfeited based on the criminal conduct that Coke admitted to in connection with his guilty plea.

"In connection with his guilty plea, Coke admitted to trafficking in over 3,000 kilograms of marijuana and l5 kilograms of cocaine in the United States ... . Utilising even the most conservative wholesale values for those narcotics - US$200 per pound of marijuana and US$15,000 per kilogram of cocaine - the gross proceeds from the distribution of those narcotics is well in excess of US$1,500,000," argued the prosecution.

That argument found favour with Patterson, who ruled that Coke should pay the money to the US Asset Forfeiture Unit.

Patterson also gave the American authorities a directive to go after the money wherever it was.

"... The United States Attorney's office is authorised to conduct any discovery needed to identify, locate, or dispose of forfeitable property, including depositions, interrogatories, requests for production of documents, and the issuance of subpoena ... ," said Patterson.

While the Americans have not said if they have managed to seize any portion of the US$1.5 million, it appears that any wealth Coke amassed is well and truly hidden.