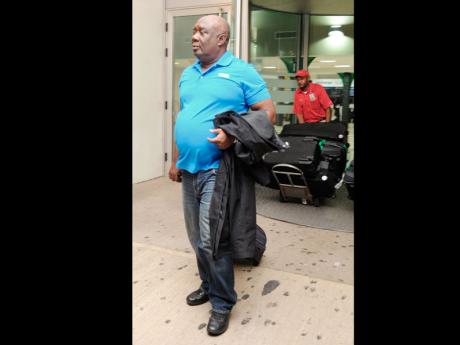 He hasn't quite made his retirement plans as yet, but Racers Track Club founder and head coach, Glen Mills, is laying the transitional blocks, as he looks to continue the development of his cadre of assistants at the University of the West Indies-based club.

Mills, who started the club in the 1980s with a relaunch in 2009, is one of the most respected figures in international track and field, and was the recipient of a Coaching Lifetime Achievement award by the IAAF during their centenary celebrations and Gala, held in Barcelona in 2012.

He has also trained the likes of Kim Collins, Raymond Stewart and Aleen Bailey, but reserved special credit to others in the Racers Track Club coaching contingent during a recent chat with The Sunday Gleaner.

"It's important to the institution that the standard that we have attained, we are able to maintain it," Mills said. "No I'm not in retirement mode - not yet anyway. What I am trying to do is ensure that athletes who come to Racers get the very best. That's why we have so many coaches because we don't believe in our programme that one size fits all and so each should get the kind of attention from the programme.

"I think I have a very good support staff and I am very confident in their ability based on what they have demonstrated," Mills said pointing to the improvement in new Class One boys champion and record holder Zharnel Hughes, who works out with the club as a member of the IAAF's High Performance Training Centre - also based at the UWI, Mona.

"With Zharnel Hughes, my input in his development has been very minuscule. Patrick Dawson, who has been there from our inception, is the person who coaches him and is the person who should really get all the credit. People touch my hand and shake my hand but it's not me. The sprint programme at Racers is my creation and they have learnt and are still earning and getting better but their knowledge and input is good," Mills said.

The coaching group at the club is completed by Jermaine Shand who also works with the sprinters in the programme and hurdles coach Kevin Price.

Gregory Little is heavily involved in the quarter-mile and hurdles programmes and is credited for the improvements shown by 400m sprinter Edino Steele in recent times.

Jason Dawson works predominantly with the UWI sprint programme and coached Jason Young to 19.86 in the 200m in 2012.

Former Camperdown High school standout Remaldo Rose is also working in the programme under Mills' guidance and is expected to seek his coaching certifications later this year.

"So, I am really happy with the coaching knowledge and activity of the coaches there and I think that Racers will be in great hands when I am gone. As we continue to give them more and more responsibility, the programme will continue to be successful," Mills noted.