Swaby's EduFocal on a roll internationally 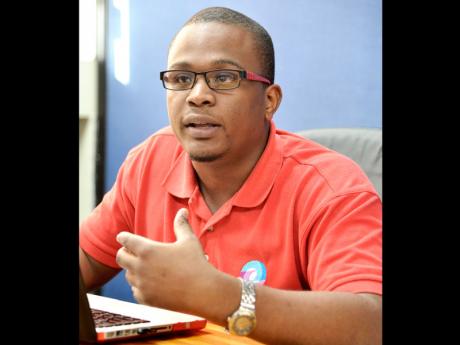 After being selected as one of 10 young innovators from the region to meet with the Board of Governors of the Inter-American Development Bank (IDB) at the end of March in Bahia, Brazil, and being invited by the World Economic Forum on Latin America to attend its three-day conference in Panama at the start of this month, Swaby already has two other international engagements lined up for the upcoming summer.

Impressed with Swaby's presentation in Brazil, the IDB has extended an invitation to Swaby to attend its round-table conversations on education and innovations at its headquarters in Washington, DC, in June.

In its invitation to Swaby to attend the event dubbed 'Relentless Conversations for Relentless Innovations: The Private Sector and the New Education', the IDB said, "It will bring together the who's who in education and the private sector. Your initiatives are perfect for this."

The IDB indicated that the meeting was "the first in a series to create a unique community of top innovators, specialised investors, and business leaders from Latin America and other parts of the world to discuss the future of education and forge partnerships".

Swaby will be travelling to Geneva, Switzerland, in August as one of those young persons identified across the world as having "great potential for future leadership roles in society ... selected on the basis of their achievements, leadership potential, and commitment to making a difference".

Swaby said while these invitations will redound to much needed exposure for EduFocal, they are also confirmation that Jamaican technological innovations can compete and gain recognition internationally.

"When I travel and listen to other young people speak, even from First World countries, I have to say that we are just as exceptional and creative, not just here in the Caribbean, but globally," Swaby said.

Noting that he was aware of how much the country is under-resourced, Swaby added that it was not beyond Jamaica youth to move from being just large consumers of technology to being innovators.

"We are poor, but we can compete. It is not impossible for Jamaica to compete ... . I don't think people should feel disheartened despite what is happening around us now because there are areas where it's a good time to innovate to help solve some of the problems facing us right now," he said.

He said since he began his business in 2012, he has seen tremendous growth in the country's technological developments, and he expects this to blossom even more in the next five years.

"There's absolutely no excuse anymore, and I am not saying there will not be challenges, but the world is open to us, and investors are willing to fund projects that will bring greater returns for their dollar. So it can be done," Swaby posited.