Gay's case could be resolved soon 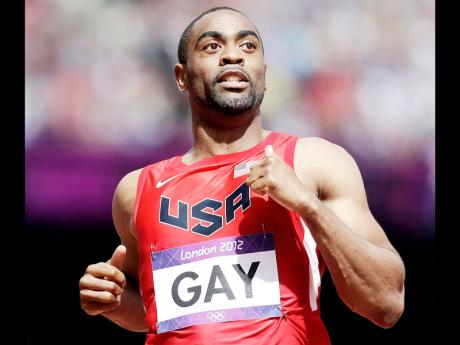 Word could be coming soon as to the fate of American sprinter Tyson Gay. Gay failed an out-of-competition test in May last year, and again at the American national championships, as he attempted to gain selection to the US team to the 14th IAAF World Athletic Championships in Moscow, Russia.

News of Gay's positive test surfaced on July 14, 2013, the same day news broke that five Jamaican athletes, including Asafa Powell and Sherone Simpson, had returned adverse findings following drug tests conducted at the Jamaican national championships in June that year. All but one of the Jamaican athletes have had their matters resolved, with Powell and Simpson receiving 18-month suspensions. They had tested positive for the stimulant Oxilofrine.

In that 10-month span, Gay's situation is yet to be resolved, but that could change sometime soon.

"It has been a long process, so I think it is nearing a con-clusion," Gay's agent, Mark Wetmore, said on Nationwide radio recently. "Let's hope that in the coming days or weeks, we will all know where this one stands."

Media reports had linked Gay with Dr Clayton Gibson III from an anti-aging clinic in Atlanta, Georgia. Those reports said Gay had been receiving treatments from the doctor, and that the American 100-metre record holder and the second-fastest man in history was using a cream containing testosterone, DHEA and growth hormones, all banned substances.