Roger in Wonderland - fishing for excuses 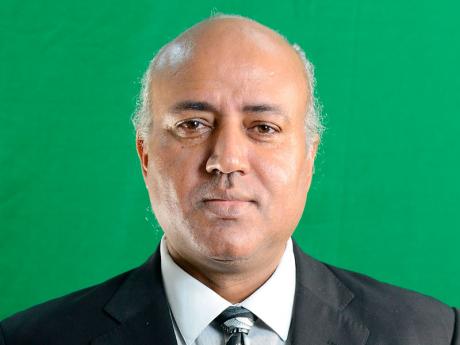 Describing the failure to get the long-languishing Fisheries Act tabled in Parliament during the last fiscal year as the greatest disappointment of his political career, Agriculture Minister Roger Clarke then goes on to insult the intelligence of the country's hard-working farmers with a set of outlandish and ridiculous suggestions for curbing praedial larceny.

New Fisheries Act is a misnomer for a document designed to replace the Fisheries Act of 1976 and which has been in the hands of policymakers since about 1995. There's a legitimate fear that by the time this 'New' act comes into being, it will be obsolete.

In November 2008, then Agriculture Minister Christopher Tufton, explained that the document, which provides much harsher penalties for breaches of fisheries regulations, was being reviewed by the Legislative Committee to be sent to Cabinet and then be tabled in Parliament by year end.

"No piece of legislation should have taken that long," he said at the opening ceremony of a fish-vending facility in Runaway Bay, St Ann, in 2011.

By December 2012, it was the turn of André Kong, CEO of the Fisheries Division, and D. Marc Panton to carry the deception further.

"You can almost reach out and touch it. We are still battling with it, but it's getting closer and closer," Panton told me.

Kong's progress update ended with an admission of being stonewalled. "The last draft that we received, which is supposed to be the final draft, was finished and examined by the Attorney General's Department. That's the last thing in the process. The last word we got from the chief parliamentary counsel was that the final draft would have been with us at the end of May, but we are yet to receive it," he admitted.

Interestingly, both declarations were made during a workshop in Kingston which looked at developing a regional strategy to cope with, and mitigate, the impact of climate change on fisheries and aquaculture.

Dr Sandra Grant, regional manager of the ACP Fish II programme, used that occasion to blast African, Caribbean and Pacific states for their weak and ineffective governance, poor policies and bad institutional structures, which contribute to the widespread degradation and depletion of marine and other natural resources.

By failing to act decisively and effectively, Grant warned that they were guilty of contributing to the worsening poverty among fishing communities and, by extension, declining food security that directly affects an estimated three million people in ACP countries.

It was a passionate Roger Clarke who, in January, vowed that "come hell or high water," the long-overdue document would be tabled in Parliament by March 31.

So why do I believe in the practicality of his plans for the use of drones and other pie-in-the-sky schemes to address farm theft and other agricultural ills? Because I recognise the minister's 2014 Budget Speech for what it truly is: a 21st-century remake of the 1865 literary classic Alice in Wonderland.

The story about a little girl who endures a fascinating journey in a fantasy world populated by weird creatures after falling down a rabbit hole is considered one of the best examples of the literary-nonsense genre. Its narrative course and structure, characters and imagery have been enormously influential in both popular culture and literature.

It is for this reason that I am prepared to invest all the millions of dollars I am looking to borrow to get into farming, instead into a film version of 'Roger in Fantasy Land'. Even with the fallout from bootleggers, between DVD sales and overseas distribution, I am still going to be much better off than going into farming.

My fact-based version will showcase the minister with his head in the clouds, literally, far removed from the harsh, everyday realities of surviving as a farmer in Jamaica. It will not to seek to portray any of the physical, mental and economic demands they face each day, despite sustained long-term planning, or sleepless nights spent watching over crops and livestock.

Nor will it bring out the frustration of these men and women when they turn up at police stations to report that five years of hard work has just been stolen, and leaving at the end of the day without their complaints being heard.

My literary best-seller will not speak to the many senior citizens who have laid low financially and physically; healthy, hearty, hard-working, who took to their bed after losing an entire crop or batch of livestock overnight and never recovered, lingering in sickness and despair for years after because of the opportunities, and so much which was stolen.

Why should it even speak to children who will never have a tertiary education, for which their parents, grandparents and other relatives sacrificed so hard and long to provide?

After all, believe it or not, like the agriculture minister, I'm walking on air. I never thought it could feel so free ... .

Christopher Serju is an agriculture and rural affairs reporter. Email feedback to columns@gleanerjm.com and christopher.serju@gleanerjm.com.