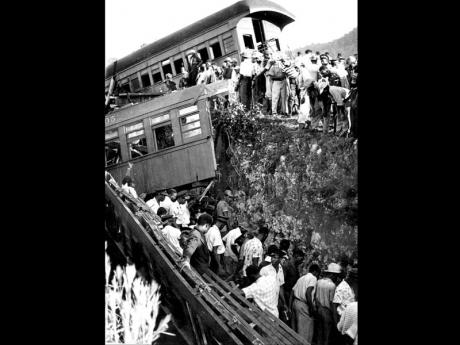 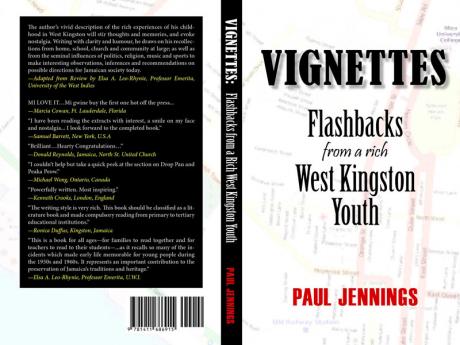 A 'Vignette' has been defined by the Concise Oxford Dictionary as a "brief, vivid description". Paul Jennings' 'Vignettes' certainly fits that definition, but I would also add the adjective "evocative", to adequately capture the intent of the author of this book - to stir our thoughts, memories, and emotions with the nostalgia and poignancy of recollections and reminiscences of the rich experiences of his childhood in West Kingston.

He indicates that his vignettes are intended to share with readers the "moulding influence of inner-city Kingston upon the lives of a subset of baby boomers".

Dr Jennings' stories of his childhood, teenage years, and young adulthood are told with clarity and humour - the flashbacks of his growing-up days are vivid and he has a writing style which allows him to tell stories which incorporate important aspects of Jamaica's history in a way which will appeal to readers of all ages in a variety of cultural contexts.

Jennings' journey from childhood to adulthood took place in West Kingston in the 1950s. His graphic descriptions of people and places, as well as accepted community practices, involving the neighbourhood regulars - barber, tailor, dressmaker, police officer, postman, shoemaker, and itinerant vendors - paint pictures for the reader who can also envisage them working within the community with its tenement yards, bars, and cook shops which were part of the environment. The strength of his family relationships across generations is clearly communicated, as is the recognition that a near-permeable boundary existed between his family and the community, and this allowed for myriad community interactions and associations to be part of his life.

The vignettes of community life provide the reader with accounts of experiences which evoke laughter as well as apprehension, sadness, and anger. His recollection of features which were strong influences on the lives of young people at that time, like Rediffusion - our pioneer media, and of incidents like the Kendal railway crash and its impact, remind readers of days long past. It also forced a recognition that the railway and the 'Diesel' which were regular forms of transport in the 1950s and 1960s ceased soon after the early 1970s, and highlight change in our nation which challenges our claim of development.

His "growing up" journey took place during the period when Jamaica was on the cusp of shedding its colonial past, and achieving sovereignty; first envisaged through a West Indian Federation but then through Independence. This period of heightened national awareness and development brought with it expanded educational opportunities, an embrace of cultural forms and symbols, a pride in all things Jamaican and consciousness of our racial origins expressed in black consciousness and optimism for Jamaica's future.

With Independence came new developments which Jennings has captured from a young inner-city resident's perspective. Suspicion of Rastafarianism and the growing embrace of the beliefs of this sect (including the growing of 'locks') by youth in the community are described. Political rivalry which mushroomed in the 1960s and 1970s is recounted, and the author devotes several vignettes to the evolution of the fledgling music industry from ska to rocksteady to reggae and dancehall. As a music entrepreneur/DJ, the young and aspiring event promoter, Paul Jennings, was intimately involved in the music revolution of the time. Teenage gender relationships and the prevailing norms, especially the role of movie theatres in the "courting" days of that time are also told with humour.

A love of sports, but especially cricket, was, and continues to be, an integral part of the life of the author. Particularly entertaining are his descriptions of 'beating the gate' to attend cricket matches at Sabina Park, and even at Lord's Cricket ground in England.

Of special interest, also, are the author's identification and descriptions of some individuals whose impact on his life he considers to have been very positive and highly significant. His parents and grandparents are foremost in this regard. "Miss Rob", whose influence spanned church and school, is brought to life by his effective character sketch, as are some of his primary school teachers, the first black pastor of the local Congregational Church, Rev Stanford Webley, and some of the elders of the North Street Congregational Church. Paul recalls his introspection as he struggled to come to terms with his spirituality and his spiritual identity. That this questioning led him back to North Street Congregational, the origin of his Christian teaching, where he still worships and is an active member, speaks to the very strong and vital influence of this institution in his life.

His entry to high school - not the high school of his choice and one far removed from his home ground - came in the same year as Jamaica's Independence. Meadowbrook High School, then less than five years old, was situated in a growing middle-class community and still had an expatriate headmaster. Paul shares his conflict with expressions of social class division and discrimination, but also his resilience and ability to identify role models in this environment and to form strong and lasting friendships.

The sections which reflect the author's opinions, attitude development, and maturing personality are particularly interesting and indicate the separate and yet combined influence of home, family, friends, church, and school. The seriousness of these interspersed with the humour, which is part of the interaction and influence, makes them very accessible and not at all intimidating for a young reader.

Although the focus is on his early life in the community, Jennings illustrates the penetration of the neighbourhood and its characters into the Caribbean and internationally, and also acknowledges the permanence and importance of the friendships established in those early years, sustained over decades - more recently via the Internet - and exhibited even in the preparation of this volume.

One thing that is striking is the relative freedom a youth at that time had within his community to roam, observe, and interact with community members. Nowadays, we hear of children being unable to venture into certain areas close to their homes or cross certain streets because of political rivalry. It is a very sad commentary that in just one or two generations such freedom to explore has been lost because of the nation's sociological, political, and economic circumstances and the criminal elements associated with those aspects of our development.

This book will appeal to a very wide audience: it is a book for all ages; for families to read together and for teachers to read to their students. One of the author's objectives in penning this manuscript is to assist young people, and particularly young men, from similar early circumstances as his, to see the potential and possibilities which exist for them. He points out that Jamaica and the labour market have changed in the 50 years since his growing up, but the message of aiming and striving to reach a worthwhile goal is still relevant.

It is a book to be read and talked about as it recalls so many of the incidents which made early life memorable for young people in the 1950s and 1960s. It shares with young people of today interesting aspects of Jamaica's past, and exposes them to rich experiences which typified the lives and shaped the hopes, dreams and values of young people at that time. It is an important contribution to the preservation of our traditions and heritage.