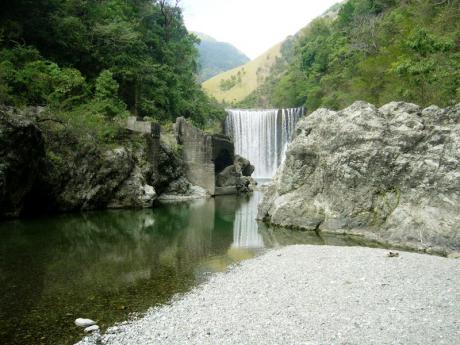 St Thomas gem, Reggae Falls, at Hillside, St Thomas, is not as well known as other falls in Jamaica, but it is just as breathtaking. - Photo by Paul Williams 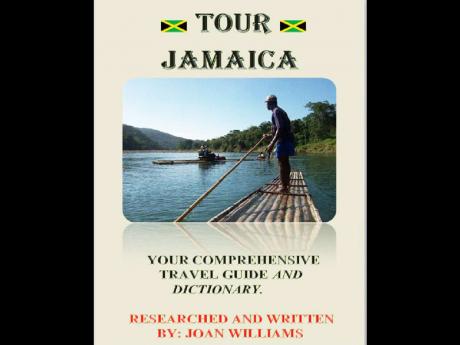 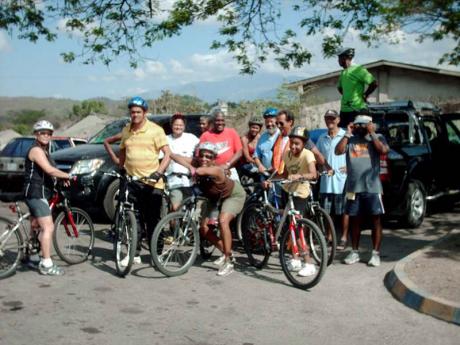 Fun and Thrills riders gear up at the Morant Bay roundabout for the pleasant ride to Reggae Falls.
1
2
3

The first time I visited Reggae Falls (known locally as Damhead) in St Thomas was a few years ago when our newly formed riding group, Fun and Thrills Adventure Club, took on the challenge to go there after one of our riders, on seeing photographs of the magnificent falls in an office, urged us to check it out. Since then, this relatively hidden gem has become a regular haunt of ours.

As on our first trip there, we were a new riding group and had not yet become accustomed to riding for long hours, we drove from Kingston to the roundabout just before Morant Bay, parked our vehicles at the gas station there, then got on our bikes for the approximately nine-mile trek.

The ride took us past the turn-off to the famous Stony Gut, which readers will, of course, recall is the small village located in the parish of St Thomas, which is the birth place of Jamaica's National Hero, Paul Bogle, who was a deacon in the Baptist church there. It was there that the Morant Bay Rebellion began as Bogle, his brother Moses, and the people of Stony Gut undertook the long walk to Spanish Town to air their grievances to Governor Edward Eyre about the injustices and oppression being heaped on the backs of the black people in the parish.

On their return, a violent protest, initiated by Paul Bogle, broke out, which led to the death of a few militia men and many of Bogle's followers. Bogle himself was hanged.

The rebellion, however, brought about improvements in the terrible social and economic conditions of the peasants not only in St Thomas, but throughout the island. The rebellion also led to the constitutional change which abolished the old representative system in favour of Crown Colony Government.

After passing the Stony Gut turn-off, we rode through a number of small farming districts, many of which specialise in sugar pine, then on to Seaforth town. While most of the ride was on good flat roads, after leaving Seaforth, we encountered a massive but short hill, which left some of us panting. Overall, it is a cool scenic ride, and once you get to the top of the series of hills that follow, cover a short stint where the road is no longer paved and arrive at Hillside District, the vista below is to die for, as you immediately get a comprehensive view of the long Johnson River wending its way gently through the lush countryside and the mountains surrounding Reggae Falls.

Reggae Falls is not today what it originally was, for, in fact, the water from the Johnson River was dammed many, many years ago to make a hydro-electric station. I have not yet been able to find anyone who can tell me why or when it was abandoned, but I did learn that in the 1980s, there were active proposals on the table to resuscitate the power-generating system, but for some reason, it did not happen.

To get to the scenic falls themselves, one has to walk, ride, or drive through the river bed which is quite large, but it can get tricky for drivers who do not know which sections of the river are deep, as we once discovered to our horror, when one driver veered off course and it took a lot of manpower (and woman power, too!) to push the vehicle out of the river.

Once you arrive at your destination, all difficulties are forgotten as the wide river bed has lots of room for us to cook, swim, dive, play dominoes, and have a wonderful picnic. For the more adventurous, the huge rocks that surround the falls make an excellent launching pad for an invigorating dive, but be careful, some sections of the river are really shallow, so diving in can be dangerous, but not at all for the local kids, who know exactly where to land.

They revel in the sport and are ever willing to guide visitors to the areas that are safe for diving. One has to be very careful, too, not to dive while others are swimming below, as a teenager who had travelled with us on one trip there discovered when he ignored the warnings, jumped off and landed on a young lady below, with both ending up needing medical attention.

On the way back from my most recent visit to the falls, I could not resist the temptation to veer off the route to visit the monument at Stony Gut, which was established to honour National Hero Paul Bogle, and which I had never visited before.

This is a journey of about three or four miles off the main and up a steep incline. Once you get to the top of the hill, the view is really worth the trek. To get to the monument itself, you have to go west of the small village and descend a few metres to Bogle's birthplace. Once there, I was surely disappointed as the area was desolate and it appeared to be neglected and totally forgotten and, according to residents there, people rarely come by to visit.

Such a pity that this memorial to the great man is being virtually ignored!

Joan Williams, co-host of Justice on POWER 106, describes herself as an unapologetic addict to the Jamaican outdoors. A foundation member of Fun and Thrills Adventure Club, she explores the island at any given opportunity cycling, hiking, or swimming with that group, family, Jah 3, and anyone else who will have her. In 1995, she published the popular 'Tour Jamaica' and the 4th edition is now an ebook available at: www.amazon.com/Tour-Jamaica-Joan-Williams-ebook/dp/B00EJWCSHS/ref. Contact gratestj@gmail.com.