Beyond the Negril noise 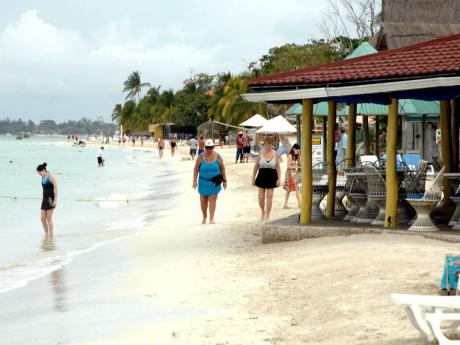 Signs of erosion on the Negril beach. - File

I respond here to an article in the Saturday Gleaner of March 22, 2014 on the Negril Beach rejuvenation. First, the scientific and engineering challenges and solutions for addressing the beach erosion will be discussed. I will then shed some light on concerns being marketed by special-interest groups.

Negril has experienced, on average, 40 metres of erosion in the last 36 years. As a matter of fact, it is the fastest-eroding beach in Jamaica. Sea level rise is responsible for approximately 50-60 per cent of the erosion that has taken place and intense swells and hurricanes for the remainder of the erosion.

In the last 10 years, there have been four studies, two of which are engineering studies aimed at defining the range of solutions to address the erosion issues, (Smith Warner, 2007; PIOJ/CEAC 2012). The other two are scientific peer-reviewed journal articles confirming the rapid erosion of Negril and effects of storms (Robinson and Khan, 2012 and McKenzie 2012). The scientific studies confirm an erosion rate of about one metre per year and a projected 11-20 metres of erosion before 2050. The most rapid areas of erosion are in the northern and central portions of the beach, with losses of up to 62 metres in the last 36 years. The exposed conditions of Negril also result in up to a three-to four-year recovery time after storms. This is obviously relatively long in the context of a winter tourist season. The conclusions are clear: erosion is under way and further erosion is projected.

PIOJ is leading the current programme through a grant from Adaption Fund after being ceremoniously granted the prestigious status as an Implementing Entity of the Adaptation Fund. In 2011, PIOJ was one of only four such entities internationally. Since the current final engineering phase started in August 2013, a lot has been done to arrive at an engineered design. Data and information on water quality, coastal and ocean circulation, wave measurements, hydrographic surveys, bio-physical surveys and storm surge and historical erosion studies have been collected. Climate-change studies by University of the West Indies Climate Studies Group, circulation patterns, wave modelling of hurricanes, sediment transport along the shoreline and physical scale model testing of the proposed breakwaters at the University of Delaware have been done. Construction methodology studies, tender documents and an EIA have been prepared. The final plans will be subjected to further consultations and resolution of environmental issues.

I add that all of this has been done by and directed by Jamaican professionals, with only the scale model being done with outside assistance. A multi-faceted team of professionals has been involved, including marine and social scientists; construction management experts; engineers and oceanographers; climate-change specialists; and hydrographic surveyors. A lot of work has been done to define the current proposed final engineering solutions.

Construction will require about 50,000 cubic metres of boulders to be placed by barge one mile offshore in two breakwaters. One will be 400 metres, the other 500 metres long, and some 30 to 50 metres away from the only reef that provides wave protection to Negril at this time. The breakwaters will shelter the central and northern sections of Negril's coastline from storms and swells that cause erosion. These breakwaters will be submerged, and because of practicalities, a few stones will protrude out of the water a foot or so. They will be very difficult to see from the shoreline one mile away.

A launching site in Negril will be required in order to stockpile and carry these boulders to sea. Three sites were examined for this purpose, including an area on the North Negril River and Savanna-la-Mar. The North Negril option has significant adverse impacts regarding coastal accessibility and environmental issue with disrupting a pristine parcel of land, while using the Savanna-la-Mar area will add more than US$2 million to the equipment and material costs. The best construction and post-construction option for stockpiling is Negril. All the stones and material for this project will be sourced locally. There will be no need to import the major components. The quarries, transportation and placement activities will hire at least 140 and 250 persons for nine months.

The result of these breakwaters will be significant growth of the beach in the central and north section. This growth of up to 41 metres beach width in some places will result in an additional eight hectares of new beach area along a three- to four-kilometres length of beach. Intense hurricanes and climate change projections have been considered. The proposed design will be resilient to up to 100-year return period storm event and the worst-case future emission scenario (SRES A2) as it relates to climate change. This is the benefit of the proposed solution.

The idea that the process has been haphazard is incredulous. Several state agencies, including NWA, PIOJ, Mines and Geology, NEPA are involved in the current process. A range of solutions is being implemented simultaneously by others, including artificial reefs, seagrass restoration, and the breakwaters. There have been several consultations with all the stakeholder groups of Negril, including central and local government, fisherfolk, hotels, regulators and planners, water sports, and others. The views of most have been heard and taken on board. And there are more public consultations to come. The process has been orderly, multi-faceted and it is not complete.

NOT A CONSISTENT APPROACH

The desire by a special-interest group for sand nourishment first is not a sustainable or consistent approach. I say consistency because taxpayers expect sustainability in roads from Government. Stakeholders and professionals must also plan and implement in a consistent and sustainable manner rather than seeking immediate gratification.

Rising sea levels and increase storm waves are the primary reason for shoreline erosion. The connection between the drying morass and shoreline proposed in the Saturday article is far-fetched. Notwithstanding, the drying of the morass may be a result of reduced rainfall patterns in Jamaica, hydraulic modifications of the morass and farming. This leads to drying, increased fires and smoke nuisance for Negril. Discharge of partially treated sewage effluent in the morass is another serious issue. It results in elevated nutrients and poor water quality throughout the bay.

Both of these challenges can be solved by practical engineering measures, appropriate sewage treatment, modifying land-use practices in the morass, and providing employment opportunities for those engaged in the morass. Therefore, stopping further tourism development is not logical or directly connected to the solutions. Further, let's not get distracted and put the morass before the breakwater. They are separate but related issues in the context of Negril.

Special interests in Negril should focus on the morass and budget US$2 million towards the restoration and management for the first two years. Additionally, they should lobby the Ministry of Water, Land, Environment and Climate Change to address the water-quality issue in morass from sewage effluent quality.

Several grave environmental concerns have been studied almost to death in Jamaica before action. For instance, Kingston Harbour's problems were studied seven times between 1960 and 2003 before works on the ground began. NWC is sewering the KMA and Soapberry is operating and being expanded. Let's stop doubting ourselves by retreating to study our problems over and over as reports on a shelf do not solve problems by themselves.