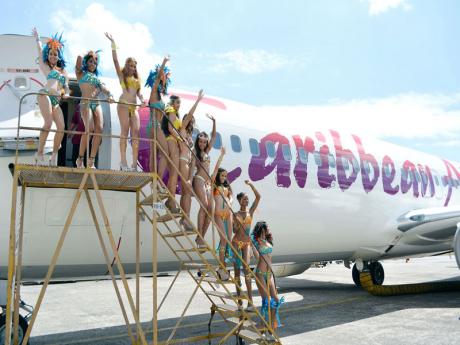 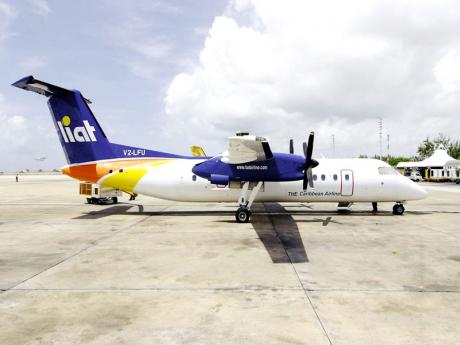 Unfortunately, what passes for bandwidth here in Grenada didn't allow Caribvision to connect with me through Skype, so we had to resort to the phone and the old cat-in-the-hat photo. The panel consisted of Neville Boxhill from the Caribbean Tourism Organization (CTO), a Barbadian economist whose name escapes me, and the new CEO of LIAT, David Evans.

I didn't know how much time I had allotted or when they would pull the plug, so I just ran through all the things I had on my chest, machine-gun style. These are the main points - or if I didn't, I meant to!

By way of introduction, let me humbly say that I know a thing or two about Caribbean aviation. I should - it's my livelihood! I've travelled around these islands for the best part of 30 years; and have a collection of lost luggage to prove it!

I know LIAT very well - too well. In fact, 20 years ago when I was working with the World Bank in Barbados, we actually tried to privatise LIAT. We failed - miserably. More recently, I was with the International Finance Corporation team that advised on the merger/takeover of Air Jamaica and Caribbean Airlines Ltd (CAL). More than this, I feel the challenges of the Caribbean traveller - usually right at the back of my neck!

At the same time that Caribbean governments are supposedly "taxing the aviation industry to death", they are also subsidising it - probably more than they are taxing it. Between LIAT, CAL and its predecessor/partner Air Jamaica; billions - nay, trillions - have been spent on subsidies, capital injections and unpaid government loans over the four or five decades that Caribbean aviation has existed. And let's not forget the Minimum Revenue Guarantees (MRGs) paid by virtually all Caribbean governments to the major global airlines - to 'entice' them to maintain our air links with the outside world. It's a bitch; being small.

Simply put: aviation in the Caribbean is being strangled - by high costs, low competition, and too much government in business. In 2007, intra-Caribbean traffic stood at 846,505 - by 2012 that number had declined to 715,762. While at the same time, international arrivals have managed to stagger slowly upwards, increasing by about 3.8 per cent overall in 2013. So why aren't Caribbean people travelling to Caribbean lands? Simple: It costs too much. Last year, I had to pay US$850 to fly from Grenada to St Kitts and back - overnighting in Antigua going (scheduled) and coming (unscheduled).

We've heard how "laudable" it is that LIAT pumped US$100 million into the Barbadian economy last year. But is really the case - is LIAT laudable? What is the other side of the coin? How much does it cost us, the taxpayer/traveller, for LIAT to pump all this money into the Barbadian and Antiguan economies? This will never be known, of course; such 'sensitive information' is not to be entrusted to the mere public. Why doesn't LIAT publish audited accounts? That would make for some interesting reading!

If Caribbean people can't travel, they can't do business, can't have holidays, can't spend money - can't spread wealth. Aviation, or the lack thereof, is holding the Caribbean back.

And what is the result of governments owning airlines? They protect their own. Therefore, we have almost zero competition on intra-Caribbean air routes; between LIAT and CAL/AJ, they've got it all sewn up: you go here; me there. And never the twain shall compete.

Case in point: RedJet. What a fiasco - or travesty, more like it. Here was a bold new entrant to the Caribbean aviation scene, the region's first genuine low-cost carrier. A project developed by a bona fide Caribbean investor; putting (lots of) his own money where his mouth was. How long did RedJet last - six months? And why did it meet such a sad and untimely demise? Of course, no real reasons are given by the perpetrators; one can only surmise.

Why is it that some Caribbean governments managed to grant RedJet their air operating certificates within reasonable time; while others needed time - interminable time - to "consider the matter"? Could it be that Jamaica and Trinidad, owners of AJ and CAL, respectively, two state-owned airlines that would subsequently merge, were afraid of the arrival of a brash new low-cost airline - especially on the verge of a merge?

BUT: If you give the people what they want (cheap, safe transportation), you'd be amazed at how quickly this so-called small market could explode. Neville Boxhill from CTO made the point that during the six months of RedJet's ill-fated existence, air arrivals to Barbados increased by between 30 and 40 per cent - and declined to its former levels right after RedJet's demise.

Ultimately, the fundamental issue we need to address is not the high levels of taxation of the Caribbean aviation industry - that is the symptom; not the cause. The underlying problem stems from the structure of the sector: the lack of private involvement; the lack of competition; the lack of innovation.

This lack of competition doesn't only apply to the aviation sector. For the life of me, I can't understand why, in an archipelago where every island is within sight of the other, we STILL cannot get it together to do a simple thing like starting an Eastern Caribbean fast ferry service? Many have tried; all have failed. Is it really that complicated?

A ferry could transport people from Grenada to St Vincent for less than half the US$288 return fare that LIAT currently charges - and at pretty much the same time, door to door. Yet no such ferry exists. Could this be because the two governments concerned are more interested in protecting their own failed investments in LIAT, than in "giving the people what they want"? Your call.

S. Brian Samuel worked for the International Finance Corporation, the private sector arm of the World Bank, from 1998 to 2007. He currently consults on project financing and public-private partnerships. Email feedback to columns@gleanerjm.com and stevenbriansamuel@gmail.com.